Taco Bell, Hooters and Beer Cheese: All the Food at Jax Taylor and Brittany Cartwright's Wedding

The Vanderpump Rules stars made sure all of their favorite foods were present on their big day.

Vanderpump Rules stars Jax Taylor and Brittany Cartwright made sure the menu at their wedding was full of personal touches.

Taylor, 39, and Cartwright, 30, said “I do” in a magical, fairy-tale themed ceremony in front of 240 guests, including their reality show costars and Bravo-leberties like Southern Charm’s Shep Rose and Summer House alumni Lauren Wirkus and Stephen McGee. They exchanged wedding bands by Kyle Chan (the same designer behind Cartwright’s jaw-dropping engagement ring).

Guests at the ceremony, which took place on Saturday at the Kentucky Castle in Versailles, Kentucky, were first greeted in their hotel rooms with a gift basket that included Meemaw’s Beer Cheese, a specialty of Cartwright’s family that made an appearance on last season of the hit Bravo show.

For the rehearsal dinner on Friday night, the pair had a Taco Bell food truck stop by — the Tex-Mex chain is a favorite among the show’s cast — and Cartwright, 30, and Taylor, 39, taking to their Instagram Stories to show it off in all its glory.

The food at the ceremony, which was catered by the Kentucky Castle, included mini versions of a Kentucky hot brown sandwich — a local delicacy and a favorite of Cartwright’s that includes turkey and bacon smothered in cheese sauce. They also had a signature blueberry cocktail that matched the groomsmen’s’ tuxes and the bridesmaids’ dresses.

For the reception, guests moved into the property’s greenhouse, decorated with gold chandeliers and bright sunflowers. Dinner was filet mignon, chicken cordon bleu or exotic mushroom ravioli. They toasted the couple with blue champagne, to match the bridesmaids’ gowns, and cut a cake by Martine’s Pastries.

In the castle ballroom after the reception, Hooters waitresses served the chain restaurant’s signature wings in their iconic outfits, which had been altered to include a “J & B” logo in honor of the couple.

All About Brittany Cartwright’s 3-in-1 Wedding Dress: ‘It’s Fit for a Castle!’

As for the cake, which was made by Martine’s Pastries in Lexington, Kentucky, Taylor and Cartwright could pick just one. A trio of confections were served, each flavored with honey bourbon and layered with strawberry mousse and chocolate.

“We’re stronger and happier than we’ve ever been. We’ve been through a lot, but we came out on the other side. I feel like we’ve just gotten stronger and stronger,” Cartwright told PEOPLE exclusively just before the big day.

Next, the newlyweds will return to their new home in Los Angeles, taking some time to settle in and soak up summer before planning a honeymoon, probably in Jamaica or Bora Bora. 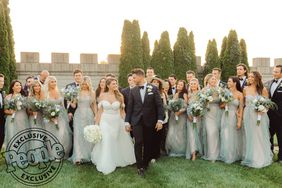 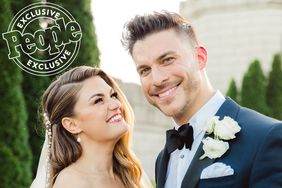 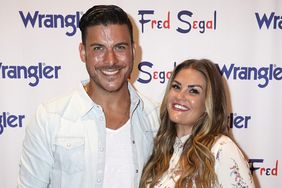 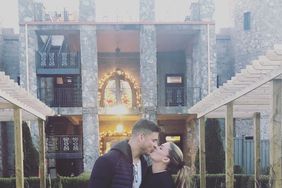 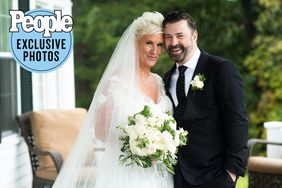 How Jax Taylor & Brittany Cartwright 'Battled' for Their Relationship: 'We're Happier Than Ever' 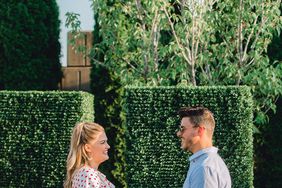