Jack Daniel's Reveals the Secret Origin of Its Whiskey Recipe: It Came From a Slave

Jack Daniel's is in the process of shedding more light on the fact that its famous "Old No. 7" recipe probably came from a slave who worked for Dan Call, the man who taught Jack Daniel how to distill.

The official version of the inception of the recipe of the iconic Jack Daniel’s whiskey is that Daniel was working for a preacher, grocer and distiller named Dan Call, who taught him how to run his whiskey still.

But this year, the whiskey’s 150th anniversary, Jack Daniel’s is revealing the actual history behind the iconic “Old No. 7” recipe: It didn’t come from Call, but from one of his slaves, a man named Nearis Green.

The company has never kept this fact a true “secret,” but Jack Daniel’s is using their 150th anniversary to officially set the record straight via social media and advertising and marketing campaigns this year.

Locals and whiskey historians have known the truth for ages, though though the distillery has officially ignored the story in promotional materials for some time. A 1967 biography of Daniel by Ben A. Green relates a quote from Call to Daniel: “Uncle Nearest [sic] is the best Whiskey maker that I know of.”

Whether or not to include Nearis’ story in a tour of the distillery is currently up to whatever guide is showing visitors through the premises and the company has yet to decide if his contributions will be highlighted in new additions to the visitor center.

The Implausible but True Story of High West, Utah’s First Distillery Since Prohibition

Men like Green are frequently missing from the conventional narrative of whiskey in America — (white) settlers and immigrants turned their surplus grains into spirits — but slaves were frequently the source of distillery labor and their masters often took credit for their recipes.

The country’s first president, George Washington, relied on slaves to run his rye whiskey distillery at Mount Vernon, one of the largest on the East Coast. “They were key to the operation in making whiskey, Steve Bashore, who helps run a working replica of Washington’s distillery, told the Times. “In the ledgers, the slaves are actually listed as distillers.” Other early American distillers, like Elijah Craig, Henry McKenna and Jacob Spears, also used slave labor, as did Andrew Jackson.

But bringing Nearis’ story into the light is still a small action. Even members of his family, like 91-year-old Claude Eady, who worked for the Jack Daniel’s distillery from 1946 to 1989, said he was related to Green “on my mother’s side,” but didn’t know the man’s full story.

“I heard his name around,” he told the Times. “The only thing I knew was that he helped Jack Daniel make whiskey.” 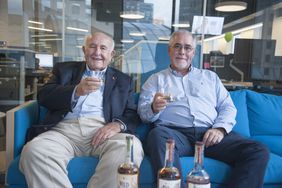 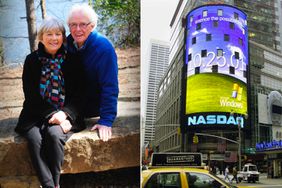