"We got it wrong and we sincerely apologize," an IKEA spokesperson said in a statement

An effort to honor Juneteenth for employees has spiraled downhill for one Georgia IKEA store.

One of the franchise's locations is under fire after creating a special Juneteenth menu for staff that incorporated fried chicken and watermelon.

On Thursday, June 17, President Joe Biden signed a bill to officially declare Juneteenth a federal holiday. The holiday, occurring on June 19 every year, marks the end of slavery in the U.S., which ultimately came in 1865 — two-and-a-half years after Abraham Lincoln issued the Emancipation Proclamation.

In honor of the federal holiday, many companies introduced unique ways they would celebrate, announcing paid days off for employees, educational programs for building equity, donating to organizations fighting racism, and more.

An Atlanta branch of IKEA announced to staff that the store would incorporate a holiday menu, which featured food that has been used historically to stereotype Black culture and people.

"To honor the perseverance of Black Americans and acknowledge the progress yet to be made, we observe Juneteenth on Saturday, June 19, 2021," said an email, acquired by TMZ, which was sent to employees. "Look out for a special menu on Saturday which will include: fried chicken, watermelon, mac n cheese, potato salad, collard greens, candied yams," the message continued.

The menu immediately sparked outrage among employees with over 20 staff members calling out from work in protest.

"You cannot say serving watermelon on Juneteenth is a soul food menu when you don't even know the history -- they used to feed slaves watermelon during the slavery time," one employee told CBS.

The outlet reports that the manager of the Atlanta store sent a response apologizing for the menu, which read, "I truly apologize if the menu came off as subjective. It was created with the best of intentions by a few of our coworkers who believed they were representing their culture and tradition with these foods of celebration."

The corporation also issued an apology.

"In addition to offering Juneteenth as one of our paid holidays nationally, our IKEA Atlanta store has recognized Juneteenth with our co-workers for the past four years. To honor the day, a lunch menu was created with the best of intentions, including recommendations from Black co-workers," an IKEA spokesperson tells PEOPLE. "We value our co-workers' voices and changed the menu after receiving feedback that the foods that were selected are not reflective of the deeply meaningful traditional foods historically served as part of Juneteenth celebrations."

"We got it wrong and we sincerely apologize," they continued. "We are committed to educating ourselves and putting a process in place that will allow us to thoughtfully honor Juneteenth in the future." 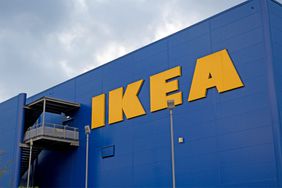