Being a movie star typically comes with being recognized everywhere you go — but apparently that's not always the case for Adam Sandler.

In a now-viral video posted to TikTok on Monday, user Dayanna Rodas shared security footage of the moment she unknowingly interacted with Sandler during her shift at IHOP. The hostess failed to recognize Sandler when he came in wearing his face mask, telling him it would be 30 minutes to get a table. The actor politely left due to the wait time.

"Pleaseee come back," she captioned to video.

"Not realizing it's Adam Sandler and telling him it's a 30min wait and him [of course] leaving [because] he's not going to wait 30mins for IHOP," she commented while using a clown filter over her face.

But it's understandable that Rodas didn't immediately recognize the Waterboy and Big Daddy actor during the very brief encounter. Along with his face mask, Sandler was wearing a hoodie and basketball shorts.

Fans took to the comments section of the video to share that they believe Sandler seems like a chill guy. "I used to serve him regularly," one commenter said of Sandler. "Never served a nicer person."

Sandler, who was with his daughter, ultimately left the pancake restaurant after deciding the wait was too long. According to HuffPost, Sandler's publicist confirmed that it was the actor in the clip but didn't provide additional information. 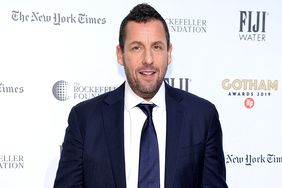 Adam Sandler Hilariously Responds to Viral TikTok of Him Leaving an IHOP: 'For the Record' 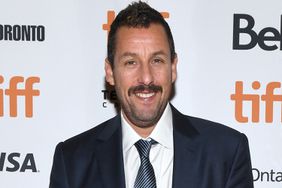