The two actors are longtime friends who are known for their witty back-and-forth with each other.

Ryan Reynolds is a man of many talents: husband, father, award-winning actor, and now, barista?

On Thursday, Reynolds showed up to his friend Hugh Jackman‘s coffee shop in New York City. Jackman, who founded the non-profit java company Laughing Man Coffee, joked that Reynolds was responding to their barista job posting, and documented the experience on Instagram on Twitter.

“We put out word that @laughingmancoffee is looking for a new barista ….and, @vancityreynolds shows up? #makeeverycupcount,” Jackman wrote on Instagram. Later the photo appeared again on the Laughing Man Coffee Shop’s Instagram story, but this time, with a message. “Ok, he’s hired!” the coffee shop wrote, followed by three crying laughing face emojis.

Lively also commented on the photo, writing, “Is the extra distance between you supposed to convince me that you DON’T love him more than me?? Nice try.”

Reynolds and Jackman are longtime friends who are known for their witty banter and an ongoing (fake) feud over a crossover movie between Deadpool and Wolverine. Reynolds has been campaigning for a movie starring both of the characters, but Jackman isn’t quite on board, as he retired the role of Wolverine in 2017’s Logan.

“Ryan, I love you man. I love Deadpool. I can’t wait to see the movie, you’re one of my best friends. Blake, the fam, the whole thing. But back it up a little,” Jackman joked on a recent episode of Good Morning America. “Play a little hard to get. It’s too much — it’s not sexy.”

Jackman co-founded Laughing Man Coffee Company in 2011 with David Steingard, a former criminal prosecutor in Brooklyn. In 2009, on a trip to Ethiopia, Jackman met a young coffee farmer named Dukale whose goal was to get his family out of poverty. Upon returning to New York, Jackman was so inspired by Dukale he wanted to provide a marketplace where farmers in developing countries could sell their products in the U.S.

All of Jackman’s profits go toward the Laughing Man Foundation, which he created to assist social entrepreneurs worldwide through educational programs and community development.

On April 18, the coffee shop tweeted that they were looking for new talent to join their barista team and left an email address where applicants could send in their resume. It seems Reynolds, whose latest movie Deadpool 2 premieres May 18, decided he would ignore the application process and simply walk into the storefront. 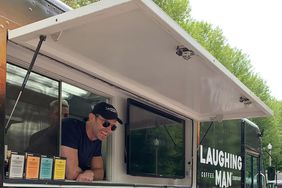 Hugh Jackman Serves Coffee (and Autographs!) to Swarms of Fans in Chicago 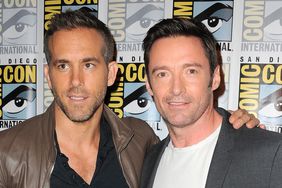 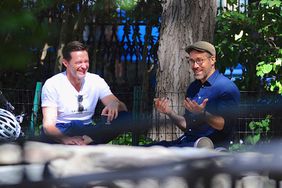 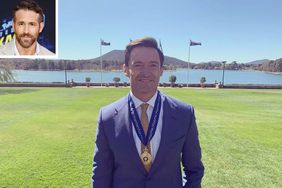 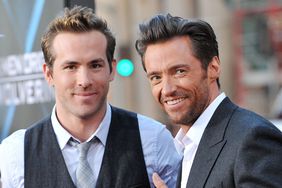 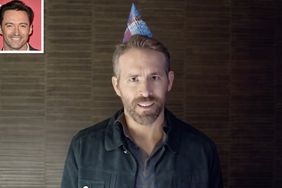 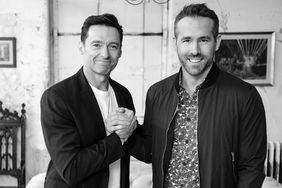