"It happened so fast, I kind of just jumped back and I was like, 'I'm on fire,'" said the woman.

For one Arkansas woman, a meal out to celebrate her birthday turned into a trip to the hospital after an incident at a local hibachi-style restaurant.

According to KATV7 in Little Rock, 26-year-old Samantha Myers suffered an accident at Kimono Japanese Steak House in Paragould, Arkansas, on Sunday after the chef allegedly started a fire that “exploded” the grill, setting both Myers and himself aflame.

According to Myers, the chef was attempting to do tricks on the grill—located directly on the table in Japanese hibachi-style restaurants, where it is typical for the chefs to put on a show for customers—when the flame got out of control.

KATV reports that Myers ran to the bathroom to put out the fire, but ultimately suffered first-degree burns on her face and second-degree burns elsewhere on her body. “It happened so fast, I kind of just jumped back and I was like, ‘I’m on fire,'” she told the outlet, adding that she felt “emotionally and physically drained” and “hurting pretty badly.”

It is unclear the extent of the injuries sustained by the chef, and Kimono Japanese Steak House did not immediately respond to PEOPLE’s request for comment on the incident.

Though Myers told KATV that she was not charged for the meal, she added that she intends to sue Kimono. 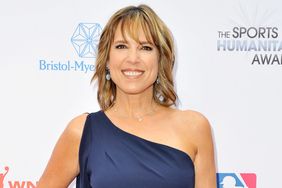 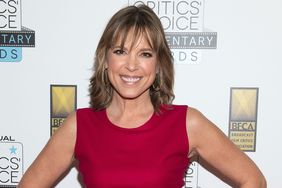