Guy Fieri doesn’t mess around when it comes to grocery shopping.

The chef and host of Diners, Drive-Ins and Dives appears on this week’s episode of Jay Leno’s Garage and showed off an impressive “car” of his own.

In a sneak preview of Thursday’s episode, Fieri pulls out of a big red garage, driving an enormous shopping cart while seated in the top basket.

“Is this what you use to go shopping?” Leno asks before jumping in and exclaiming, “Let’s go shopping!”

Guy Fieri Admits He Doesn’t Always Love the Food He Eats on Diners, Drive-Ins and Dives

The 2012 “Shopper Chopper” has a 300-horsepower engine and can hold up to 146 paper bags—probably enough for about a year’s worth of groceries for a single person.

The two take the cart for a spin, driving the roaring creation through a peaceful countryside while making jokes about its appearance. 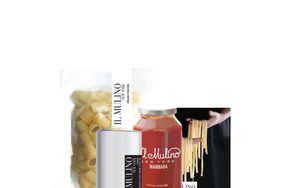 All the Presents PEOPLE Food Editors Are Gifting (and Eyeing!) This Holiday Season 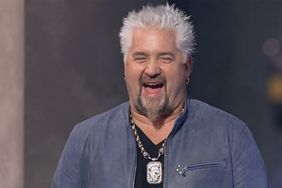