Florida Dive Bar Donates $14,000 in Bills from Its Walls to Hurricane Dorian Relief

The Siesta Key Oyster Bar in Sarasota, Fla. took a funny tradition and turned it into an act of charity.

For years, it’s been a custom for bar-goers to staple a dollar bill onto the walls of the Florida dive bar, whether just for a laugh or to participate in the fable. Employees tell customers it’s an old fisherman’s tradition — explaining that the seamen would staple a dollar to the wall to make they had money for a drink when they returned from sea, according to general manager Kristin Hale.

Over the past month, the bar’s staff has been carefully peeling the money from the walls to donate to Hurricane Dorian relief in the Bahamas, The Washington Post reported.

“The videos came out and we all saw how horrific things are there,” Hale told the outlet of the natural disaster, which is most intense tropical storm on record to strike the Bahamas. It left more than 50 people dead.

“What happened to those people is unbelievable,” she added. “It gives you the chills.”

She explained that the owners of the bar — sisters Jill Pedigo and Beth Owen-Cipielewski and their husbands — are “huge into giving back,” and have been peeling the bills off their establishment’s walls to donate to local charities every two to three years.

“They donate to charities every couple years. This year there was this buzz like we should donate to the Bahamas,” she told the outlet. “We were all on the same page.”

Hale said it took the staff an entire month to remove the bills without ruining them. When customers heard what they were doing, they would often donate more than just a dollar, she explained.

Despite their patrons’ added generosity, Hale was blown away when she finally took the wad of cash to the bank on Tuesday and it was totaled at $13,961 — all of which will be donated to the Red Cross for Hurricane Dorian relief.

“We never thought it would be that much,” Hale said. “We were shocked.” 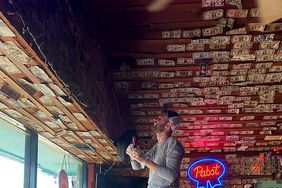 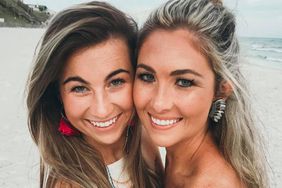 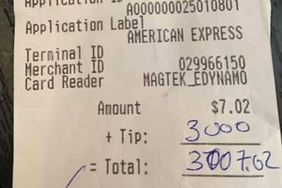 Customer Who Ordered a Single Beer at Cleveland Restaurant Leaves $3,000 Tip for Staff 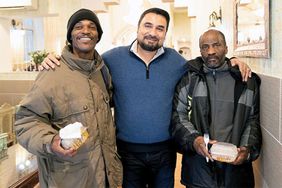 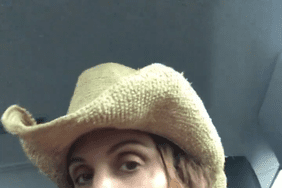