In celebration of the upcoming Soul Train Awards, host Erykah Badu teamed with celebrated vegan chef Bryant Terry for a culinary affair like no other.

It was all about love, light and delicious fare at Erykah Badu’s Soul Food Vegan Dinner Party on Monday night. Held at New York City’s popular private dining space The Kitchen Table, the Grammy-award winning singer celebrated her hosting gig on the upcoming Soul Train Awards with a savory seven-course meal created by friend and popular Oakland-based vegan chef Bryant Terry. To quote another soulful star, Solange, PEOPLE was happy to have a seat at the table!

“I just want to thank you all for coming. Please eat with me, drink with me and talk with me,” Badu, 45, said at the top of the evening. Guests, who all donned kimonos at the host’s request, were greeted with aromatic incense, warm purple mood lighting and hors d’oeuvres like vegan chili cups, prepared by popular New York City culinary crew Ghetto Gastro.

“I’ve been a vegetarian since my senior year of high school, that was 1989,” the “Window Seat” singer tells PEOPLE, “and I’ve eaten like a vegan since 1997, so it’ll be 20 years next year. I wouldn’t call myself a vegan because I don’t subscribe to any type of organizations. It’s just what’s best for my body. If I was a Lamborghini I would want to put the best gas in it.”

While the 25 dinner guests included a number of meat-eaters, all were pleased with Terry’s rich, hardy meal, which included glazed carrots, braised mustard greens, barbecue tempeh and purple potato soup. The latter was the chef’s personal favorite. “It was in line with the theme that Erykah wanted to do with purple. I don’t know if it was a big up to Prince or purple is just her thing, but I like simple warming comforting foods like that, especially when it’s cold.”

For Terry, who’s authored four vegan cookbooks including his latest Afro-Vegan, he’s always excited for the chance to break down stereotypes when it comes to plant-based cuisine. “A lot of people think of vegan food in terms of lack — ‘it doesn’t have meat, it doesn’t have dairy.’ When it comes to soul food, people often default to the comfort foods, like deep fried fatty meats and sugary desserts.” Says Terry, “My work is about celebrating the diversity of vegetables, fruits, grains and legumes and expanding people’s notions of African-American cuisine.”

Between courses and pairings provided by Mouton Noir Wines, the guests enjoyed a round of thoughtful games led by Badu. Of her upcoming gig, “It was a lot of hard work and I was exhausted,” says the singer of her third time hosting The Soul Train Awards, “I’m just really proud of what I accomplished this year.”

For the energy to do it all, she has her healthy diet to thank. “I eat raw mostly, kale salad, avocados, fruits, vegetables and alkaline water. One of my favorite dishes is my own coconut collard greens.”

In the end, the gracious host sent guests off with the holiday spirit. “I’m so grateful for this moment right now,” said Badu. “I’m thankful for this.” 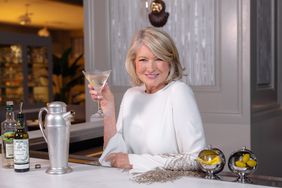