The actress says her costar would hand Twizzlers out on set

When you star in three movies alongside Ryan Gosling, you’re bound to learn all of his (presumably adorable) quirks.

In a video interview for Vanity Fair‘s Women in Hollywood issue, Emma Stone revealed the one thing most people might not know about the Oscar-nominated actor: “Ryan can eat more Twizzlers than anyone you’ve ever met,” the actress says. “He would keep it in his coat pocket and just, you know, hand out Twizzlers and eat Twizzlers himself. That was his move on La La Land.”

When asked if she’s a Twizzler or Red Vine girl herself, Stone completely balked at the idea that there’s even a competition.

Two foods she does love, though? “French fries and Brussels sprouts, not necessarily at the same time,” she previously told Vogue. (The actress also revealed she agreed to her Oscar-nominated La La Land role over chicken pot pies in a diner.)

Beyond candy and snacks, Stone is also appreciates a good cooking space — when watching a Nancy Meyers movie, at least. “I love the kitchens,” she says in reference to films like It’s Complicated and The Holiday. “How do these women have these kitchens? We don’t know, but we don’t ask. Because it looks breezy and like life is wonderful.” 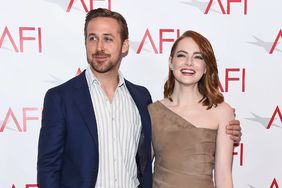 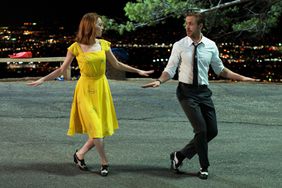 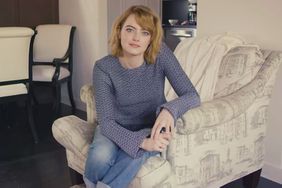 Emma Stone's Favorite Foods Are Probably Very Similar to Yours