Ed Sheeran Teams Up with Heinz Ketchup to Create 'Edchup'

"It's actually real," the singer said of the special condiment.

British singer-songwriter Ed Sheeran has collaborated with some of the biggest names in the world—Justin Bieber, Beyonce, Taylor Swift and Eminem, to name a few—but the collaboration he announced on Wednesday might be the most exciting of all time: Ed Sheeran X Heinz ketchup. Also known as, Heinz Edchup.

This new partnership will come as no surprise to Sheeran fans, as the singer has made his love for the condiment—and Heinz specifically—abundantly clear. Not only does the 28-year-old have a tattoo of the brand’s logo on his arm, The Sun also reported in January 2018 that he has an assistant carry a bottle for him at all times in case he needs a little extra on his meal of the moment.

He is, in a word, obsessed with Heinz ketchup, gushing over the red stuff in many interviews throughout the years. He drives a lot of traffic to the brand, too, with a rep from Heinz saying that “1/3 of @HEINZ Instagram posts include people mentioning or tagging Ed, dating all the way back to 2014.”

With all this in mind, Heinz couldn’t pass up the opportunity to join forces with Sheeran when he reached out to them on Instagram in April, saying “Yo @heinz I have an idea for a TV ad if you wanna do one, if not I won’t be offended, I could never be mad at you…have your people call my people. Lots of love, your biggest fan x.”

After teasing the collaboration on Instagram on May 2, Sheeran and Heinz made their partnership official on June 5, which also happens to be National Ketchup Day, releasing Heinz Edchup to the world. “It’s actually real and you’ll be able to get your hands on one very soon,” Sheeran captioned a picture of himself kissing a bottle of Edchup, adding the hashtags, “#Edchup #KetchupDay #EDxHEINZ #TheDreamThatKeepsOnGiving.”

According to Heinz, Edchup is the same Heinz ketchup you know and love, but packaged in a limited-edition, Sheeran-inspired bottle. The red-headed singer is immortalized forever as a glasses-wearing tomato on the bottle, with a green leaf taking the place of his iconic shaggy haircut.

Edchup went on sale to the public on Wednesday, being sold on a special Ed Sheeran X Heinz website for $5 plus shipping for a 32-ounce bottle. A limit of five per order was set on the purchases, but it still didn’t stop the Edchup from selling out quickly. As of the time of publication, all Edchup bottles have been sold, but the website suggests monitoring Heinz’s Instagram for updates on restocks.

Need to get your hands on such a “Perfect” condiment? A rep for Heinz told PEOPLE that Edchup is currently being sold on eBay for upwards of $50 a bottle, with fans eagerly scouring the site to get one of their own. 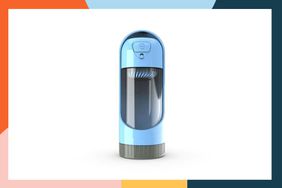 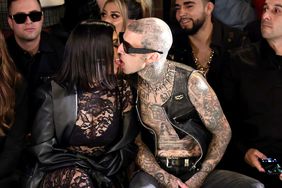 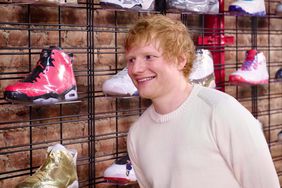 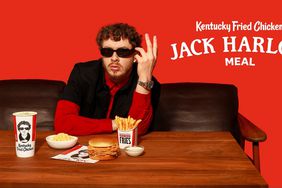