The Cravings cookbook author recently got to "travel around the world to better understand why so many people love [fries] as much as I do" in FRIES! The Movie, now streaming on Peacock

The Cravings cookbook author, 35, launched a limited edition honey mustard fry sauce on Tuesday with condiment brand Sir Kensington's. She celebrated the new venture on Instagram, making fries from scratch, before posting a video of herself enjoying the snack with a dollop of the sauce.

"Fried potatoes are a sensation. Insanely tasty and wildly comforting, they're appreciated by people everywhere," Teigen said in a statement. "But french fries are nothing without sauce and I've long had an ambition to create the perfect dip. Hearty, sweet, spicy and satisfying, we've created something that in my mind, checks all the boxes and is crying out for a salty french fry to pair up with."

The sauce is made from premium, non-GMO ingredients, and the flavor is described as a "serene balance between sweet and spicy with an initially honey-based flavor followed by a satisfying mustard kick." Sir Kensington's Fry Sauce is now available on Amazon and other select retailers, priced between $5.99 and $6.99.

Teigen has also produced a documentary about the cultural significance of fries with her banner Huntley Productions, titled FRIES! The Movie. She explains on Instagram that the documentary has her "travel around the world to better understand why so many people love [fries] as much as I do."

The feature-length film was also made with Emmy Award-winning production company Zero Point Zero for Sir Kensington's and Unilever, and it's now available to stream on Peacock.

"We're passionate about using premium ingredients to create best-tasting condiments that bring people together so Chrissy's culinary vision for this product has been really exciting," said Alex Medeiros, head of Greenhouse, Unilever Foods & Refreshments. "We're thrilled with the end product, which is a terrific companion for french fries and ended up sending us on the most awesome journey to figure out why we are all so crazy about fried potatoes."

Teigen has established herself as a celebrity foodie, while building her own culinary empire. She released her first cookbook Cravings: Recipes for All of the Food You Want to Eat in 2016, followed by Cravings: Hungry For More in 2018, in addition to a Cravings cookware brand with Target and her Cravings by Chrissy Teigen website.

RELATED VIDEO: Chrissy Teigen Says Her Budding Cravings Empire Makes Her Feel Like the "Luckiest Girl in the World"

"I always knew that I wanted to be a mom. I knew I wanted to be a wife, but work-wise I never knew exactly where I could fit in or what I could do — but if I could get people in the kitchen cooking together with their families and make something that they're proud of, that makes me so happy," Teigen told PEOPLE in April. "To be able to do that day in and day out, I'm just the luckiest girl in the world, truly." 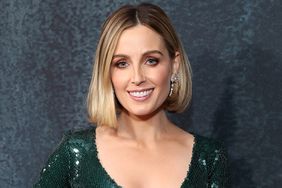