The popular fast-casual Mexican food chain was linked to more than 1,100 cases of foodborne illness between 2015 and 2018

Chipotle Mexican Grill will pay a $25 million fine in a federal food-safety case after being linked to more than 1,100 cases of foodborne illness (including E.coli, salmonella, and norovirus) between 2015 and 2018.

The fine is the largest ever for a food-safety case, according to a Tuesday release from the Department of Justice.

Chipotle was charged with adulterating food in violation of the Federal Food, Drug, and Cosmetic Act in Los Angeles federal court. The popular fast-casual chain has agreed to a deferred prosecution agreement that will allow the company to avoid conviction if it complies with an improved food safety program in addition to paying the fine.

“Chipotle failed to ensure that its employees both understood and complied with its food safety protocols, resulting in hundreds of customers across the country getting sick,” U.S. Attorney Nick Hanna for the Central District of California said in the release. “Today’s steep penalty, coupled with the tens of millions of dollars Chipotle already has spent to upgrade its food safety program since 2015, should result in greater protections for Chipotle customers and remind others in the industry to review and improve their own health and safety practices.”

The release describes several incidents in which Chipotle employees failed to follow food safety protocols, resulting in at least five foodborne illness outbreaks in the U.S. over three years. The incidents often involved employees continuing to work and serve food despite being sick.

“This settlement represents an acknowledgment of how seriously Chipotle takes food safety every day and is an opportunity to definitively turn the page on past events and focus on serving our customers real food made with real ingredients that they can enjoy with confidence,” Brian Niccol, Chipotle Chairman and CEO, said in a company release.

“Over the last four years, we instituted several enhancements to our food preparation and food handling practices to lower the risk of foodborne illnesses,” Kerry Bridges, Vice President Food Safety, added. “These measures include reducing the number of employees who come into contact with ingredients, safeguards to minimize the risk that an ingredient is undercooked, and sophisticated microbiological testing of raw ingredients to help ensure quality and safety before they are shipped to restaurants.” 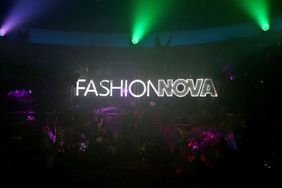 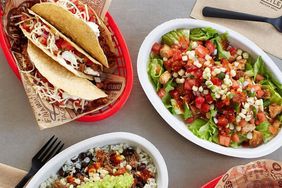 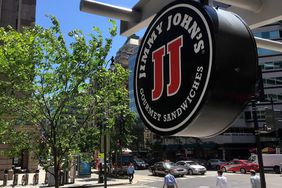 45 Women-Owned Fashion, Beauty, and Lifestyle Brands You Need to Know About
Chipotle Fined $1.37 Million for Thousands of Child Labor Violations in Massachusetts