Bre Bradford wanted her maternity pictures to represent what she looks like in "real life."

The 28-year-old, who is expecting her second child on May 22, took her maternity photos while sitting on the kitchen floor of her Florida home surrounded by Chick-fil-A nuggets, chicken sandwiches and a large drink.

Bradford says she and her sister Hayley Davis, who took the photos, were brainstorming ideas for a maternity shoot that would feel different than the typical shoot when they had the idea to incorporate her pregnancy cravings.

“We live on the beach so everybody takes their maternity pictures on the beach,” Bradford tells PEOPLE. “I love Chick-fil-A, so I was just like, ‘Let’s just go buy some chicken nuggets.’ So that’s what we did.”

This Teen Loves Taco Bell So Much, She Took Her Prom Photos There

Throughout Bradford’s pregnancy, she craved their Polynesian sauce and chicken sandwiches, and admits she visited the fast food joint at least twice a week. Because their local restaurant is closed due to a fire, Bradford says she has to drive twice as far to get her chicken fix.

“I still do it because I love it that much,” she adds.

In preparation for the pictures, Bradford made a banner from Chick-fil-A french fry boxes with a baby onesie in the middle that read “Little Nugget” in red and white writing. She placed 30 chicken nuggets on a cake tray and grabbed a chicken sandwich. At one point, Bradford set a container of Polynesian sauce on her baby bump and dipped her chicken sandwich in it.

“Most of the pictures we took we ended up not being able to use because we were laughing the whole time,” says Bradford.

The expectant mom’s love of Chick-fil-A also runs in the family. Her two-year-old son, who had been napping when she began the photo shoot, came into the kitchen and started eating the nuggets on the tray after he got up.

Bradford says that she enjoyed this photo shoot not only because she was able to do it with her sister, but because it was less stressful than the one she had done in the past when she was pregnant with her son. She remembers having to dress up, pose correctly and fake smile, but for this photo-op, she threw on one of her fiancé’s undershirts and a pair of shorts and let her sister photograph what she looks like in “real life.”

“I could have stood there in nice gowns and took pictures,” Bradford says, “but to me, I would rather remember what really my pregnancy was, which was eating fast food all the time and craving chicken.” 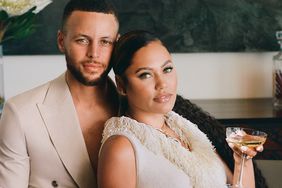 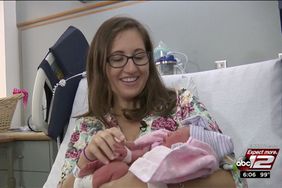