The sports writer successfully completed his mission of setting a personal record.

They say it’s good to set goals in life and achieve them, and one Twitter user wasn’t messing around when it came to successfully knocking something off his own bucket list.

UpRoxx sports writer Robby Kalland woke up one morning and decided he needed to eat 82 chicken nuggets from Chick-fil-A at their all-you-can-eat nugget night. He then decided the journey needed to be documented on Twitter — and the internet was definitely pleased by this decision.

Since the challenge is no easy task, Kalland kept fellow users updated as he completed each box of nuggets and described his approach to making it to the finish line. He later wrote an essay for UpRoxx, detailing his endeavor: “It’d been a long time since I’d really gotten after an eating competition of sorts and general lifestyle changes since college had me a bit concerned about what kind of numbers I could put up.”

Chick-fil-A Is Set to Open Its Largest Location Ever (5 Stories High!)

He also shared how he came up with the number 82, writing, “I knew 100 was out of the question — but still wanted to set the bar high. Eventually, I settled on 82. One nugget more than Kobe Bryant’s highest-scoring game. Wilt Chamberlain might be out of reach, but Kobe? I could do that.”

See below for the step-by-step process:

First, the announcement was made:

Next, he describes how he prepared for this glorious day (smart thinking):

A fellow Twitter user also shared some sane advice for the challenge, tweeting to Kalland: “Don’t load up on fries. Stay focused on the nuggets. Avoid the lemonade (I know it is hard).”

Then the “champ” arrived:

At number 42, Kalland admits he is getting the “meat sweats” and he’s using ketchup to cool them off a bit.

Fast forward to nugget 63 and he is slowing down.

Two hours later, night had fallen and Kalland completed the mission, holding a notebook with the number “82” written on it outside of the premises.

In the end, Kalland says he doesn’t recommend others try this feat: “There’s not an awful lot of immediate glory in eating 82 chicken nuggets. There wasn’t a prize at the Chick-fil-A. No one around even really knew what was happening other than the two young kids at the booth next to me who at that point were focused on their own dinners. No one in the restaurant knew what I’d done, so I strolled outside and “celebrated” with my best Wilt impression. Then I drove home.”

Alex Guarnaschelli: How I Almost Turned Down Chopped — And Why I'm Glad I Didn't

We Tried It: The No-Sugar-for-a-Week Diet 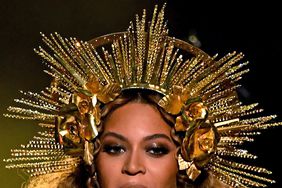 Beyoncé's Choreographer Talks Grammys, Why Being a 'Great Mom' Informs Her Art — and If She'll 'Rock' Coachella 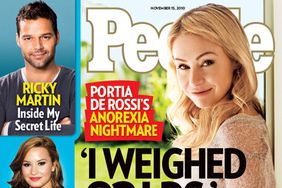 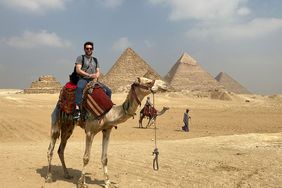 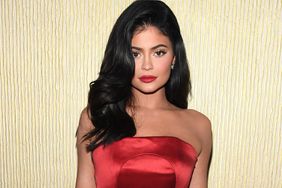 10 Fascinating Habits of Billionaires, from Only 1 Meal a Day to Life in a 'Cocoon' 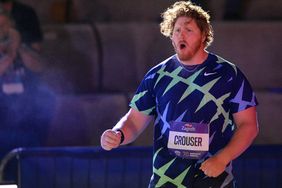 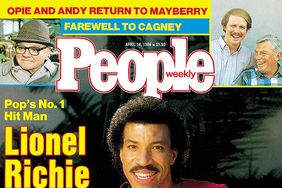 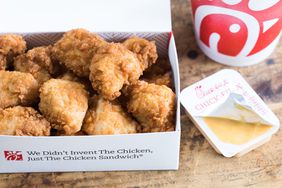