The healthy eating advocate and founder of Women of Today will release her first book, Just Try One Bite, PEOPLE can reveal exclusively. Alves McConaughey teamed up with author Adam Mansbach, who wrote the bestselling book Go the F**k to Sleep, for the new title with a funny role reversal in which picky-eater parents are confronted by their children. It will be published on March 22 with Penguin Random House.

The mother of three — who shares Levi, 13, Vida, 11, and Livingston, 8, with husband Matthew McConaughey — spoke with PEOPLE about the importance of having healthy conversations about food with her children.

"It's all about balance," Alves McConaughey tells PEOPLE. "If parents take the time to talk to their children about healthy eating then they will grow up to be adults with healthier habits. And having conversations about balance allows for an open dialogue between parents and children."

In Just Try One Bite, three children are determined to get their parents to trade the ice cream and chicken fried steak for a nibble of healthier foods. With fun rhymes and beautiful illustrations by Mike Boldt, the book aims to instill healthy habits at a young age.

"The kids take on the role of teaching the parents good eating habits, and the parents moan and complain and try to feed the dog under the table, and the kids bargain and cajole and lose their patience and finally succeed," Mansbach tells PEOPLE. "It allows for a lot of humor and absurdity while delighting kids to see themselves portrayed as having all the wisdom and power."

Alves McConaughey often wishes a book like Just Try One Bite had been around when she was growing up. "My mother let me eat any amount of sugar that I wanted. Now, I struggle with sugar cravings," she says of creating habits early on. "Matthew grew up and was not allowed to eat a lot of sweets, only as a treat. Now, he doesn't have any sugar rampages."

On working with Mansbach, the Brazilian star says, "English is not my first language and I tend to write really long. Adam and I had one meeting about the concept and he was able to bring it to life in such a beautiful, fun and funny way."

Plus, the pair can relate to the experience of kids taking on parental roles — both Alves McConaughey and Mansbach have personal tales of their children acting well beyond their years. Mansbach explains a recent incident when his daughter hilariously told him, "Make sure you get some rest, Papa. You look tired."

Similarly, Alves McConaughey tells a tale of getting caught by her children while snacking on a secret chocolate stash: "I used to hide chocolate around the house because I didn't want my kids to see. One time, Vida and Levi saw me and I acted like I was grabbing something else but they told me, 'We caught you! You shouldn't be doing that!'"

"When you get older, it gets harder to kick bad habits," adds Alves McConaughey. "Just Try One Bite is a fun way to teach those healthy habits early on."

Just Try One Bite will hit shelves on March 22, and is available for pre-order now. 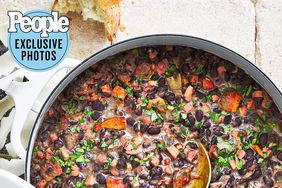 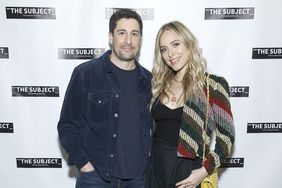