Following the tragedy, the Fresno Grizzlies canceled their upcoming taco-eating contest as part of their Taco Truck Throwdown on Saturday

A California man tragically died this week while participating in a taco-eating contest at a minor league baseball game.

Though Dana Andrew Hutchings was given medical assistance after he began choking at the ballpark on Tuesday night, he later died at a local hospital, Public Information Officer Tony Botti with the Fresno County Sheriff’s Office tells PEOPLE.

The fatal incident occurred at Chukchansi Park in Fresno, while the Fresno Grizzlies, who held the amateur contest, were playing against the Memphis Redbirds.

Hutchings, 41, was chowing down on the Mexican food when he suddenly began to choke and required medical assistance.

“The Fresno Grizzlies held a taco eating contest during its game Tuesday night,” Botti tells PEOPLE. “One of the participants, 41-year-old Dana Hutchings of Fresno, began to choke while eating tacos.”

“Members of the Grizzlies medical staff immediately began to give him first aid,” Botti adds.

Hutchings was then transported to the Community Regional Medical Center. Botti says he arrived just before 8 p.m., when medical staff “began pulling out food to clear his airway.”

Their attempts, however, were unfortunately unsuccessful and Hutchings was pronounced dead by 8:24 p.m.

Hutchings’ body has since been transported to the local Coroner’s Office for an autopsy expected to be completed on Thursday, Botti says. A cause of death has not yet been determined.

“It could take some time to determine,” Botti adds. “We will review Hutchings’ medical records and run toxicology tests, which is standard in all cases.”

Following the tragedy, Fresno Grizzlies’ President Derek Franks expressed his condolences to Hutchings’ family and stated how important their fans’ safety and security was at the ballpark.

“We are devastated to learn that the fan that received medical attention following an event at Tuesday evening’s game has passed away,” Franks said in a statement on their website. “The Fresno Grizzlies extend our heartfelt prayers and condolences to the family of Mr. Hutchings.”

Takeru Kobayashi Details What Competitive Eating Does to His Body: ‘My Lungs Get Shifted Up’

“The safety and security of our fans is our highest priority,” Franks continued. “We will work closely with local authorities and provide any helpful information that is requested.”

Franks also noted that the amateur taco-eating contest was not a sanctioned event by Major League Eating or a qualifier for any of their upcoming events.

At this time, tickets are still being sold for Saturday’s event, with over 30 taco trucks and a number of musical acts expected to show up.

The Fresno Grizzlies, however, announced in a tweet on Tuesday that there will no longer be an eating competition as part of this year’s event.

In the days since the tragedy, a fundraiser created by Hutchings’ sister has been set up to assist with funeral expenses.

Those interested in helping the family can do so here. 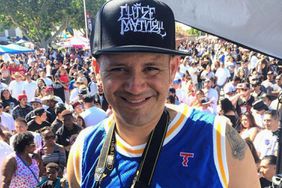 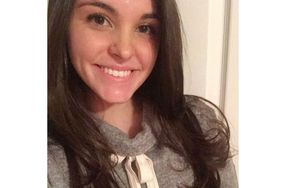 20-Year-Old Sorority Sister Who Died After Pancake-Eating Contest Was the Daughter of Fallen 9/11 Cop: 'She Was Really Loved' 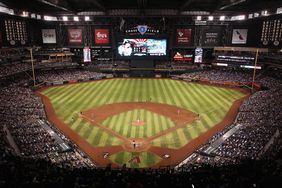