Buddy Valastro Practices Icing Cake with Non-Dominant Hand After Accident: 'Doing It All Over Again'

Buddy Valastro was recently involved in a bowling accident that caused nerve, tendon and muscle damage to his dominant right hand

Buddy Valastro is getting back to his craft.

Nearly two weeks after the Cake Boss star was involved in a terrifying bowling accident, the celebrity baker returned home and practiced his baking skills with the help of his family.

On Saturday, Valastro, 43, shared a series of photos on Instagram, showing himself icing a cake while using his left hand. His dominant right hand, which suffered nerve, tendon and muscle damage in the accident, was in a cast.

"Family time is the BEST time! Doing it all over again, left handed.." he captioned the post.

In the pictures, Valastro's sons Buddy Jr., 16 and Marco, 13, and daughter Sofia, 17, are frosting their own cakes while sitting beside him. His wife Lisa can also be seen smiling behind her husband.

Buddy Valastro Isn’t Sure He Will Bake Again After Bowling Accident: ‘My Hands Are My Lifeline’

The TLC star also added the hashtags "recovery," "lefty," and "southpaw" to the post.

On Sept. 20, Valastro was bowling with his family on their in-home alley when a malfunction with the pinsetter caused a horrific accident.

“I’ve reset it a hundred times,” Valastro told PEOPLE in this week's issue. This time, “I guess I looked away, and then my hand got pinned. The metal barb pushed right through the middle of my ring finger and my middle finger. I was stuck in a machine.”

Within five minutes, Valastro's sons and brother-in-law, Joe Faugno, were able to free him using pliers and a saw. He's since undergone two surgeries and is resting at home in Montville, New Jersey.

Because of his injuries, he will require physical therapy (and maybe more surgery) as part of his months-long recovery. "It's really preliminary right now, but they're saying it's definitely going to be a long road to recovery," he said.

It remains unclear if he will be able to return to creating the towering cakes at his famed Carlo’s Bakery, which made him a household name.

“I have a thing with my hands. If I get a paper cut on my hand, I'm pissed off. My hands to me are my lifeline of everything I do,” he says. “And I wonder, ‘Am I ever going to do what I used to be able to do?’ ”

Wife Lisa has no doubt: “He will bake again, even if he has to use his left hand. Trust me.”

Despite it all, Valastro "feels lucky" things did not go worse. "It went through my hand and through my two fingers, but if it was four inches lower, it would have hit my wrist and forget it, I could have bled out," he said. "You don't realize how close you were — or it could have ripped my fingers off. So much could have happened." 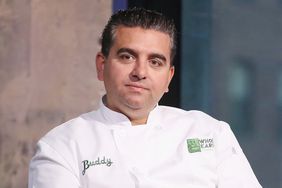 Buddy Valastro Isn't Sure He Will Bake Again After Bowling Accident: 'My Hands Are My Lifeline' 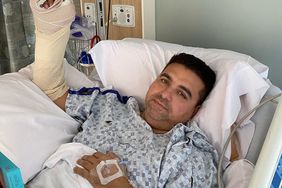 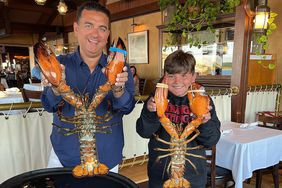 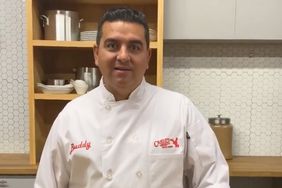 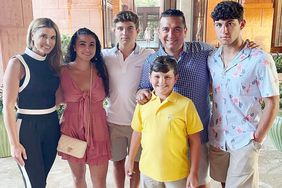 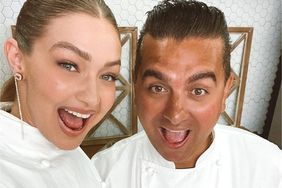 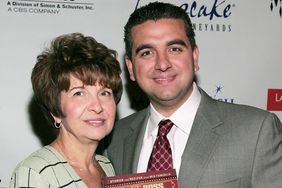