Why People Are Noticing a Bucatini Shortage Across the U.S.

A bucatini shortage is the latest ordeal to occur in the whirlwind year of 2020.

The thick pasta — otherwise known as "the one with the hole in it" — has been difficult to find throughout the country since the onset of the coronavirus pandemic in March. And the shortage has left many confused — including Rachel Handler, a staff writer for New York Magazine, who investigated the situation and published her findings in an article for Grub Street.

During her research, Handler contacted the National Pasta Association, where spokesperson and chef Rosario Del Nero said that he suspected the lack of bucatini nationwide was related to the overall pasta demand.

According to Del Nero, bucatini is "not as popular" as pastas like spaghetti and penne, and in combination with its complex creation process, became one of the first types of pasta to suffer a shortage earlier this year.

“If you have a difficulty making pasta, first you make the [shapes] with the most demand,” Del Nero said.

There's a Pepperoni Shortage Affecting Pizza Joints Across the U.S.

After Del Nero investigated more on his own, he reported back to Handler his shocking findings: "Because of the environment, people have been using bucatini as straws, instead of a plastic straw," he told her.

He explained more: "You can buy them. There are a couple of companies making them. You can have your soda and then eat your straw. It’s like eating your fork or knife. But pasta is not a ready-to-eat product. You have to cook it. So when you use pasta to drink sodas, you’re drinking and eating a not-ready-to-eat product. You put yourself at risk because that product has never been pasteurized or killed. And the only pasta cut affected is bucatini because of the hole."

After a quick panic over the amount of raw bucatini she has personally eaten — but then being assuring by Del Nero that the risk of death is "probably one in a billion" — Handler moved on with her investigation. She was finally contacted by a spokesperson with the Food and Drug Administration, who acknowledged the company's hectic schedule in approving coronavirus vaccines but finally gave some clarity on the bucatini shortage related to one company, De Cecco.

How the FDA could have learned of the low iron level in De Cecco bucatini involves some Sopranos-like drama. The NPA's chairman Carl Zuanelli told Handler, "It sounds as if someone was not happy with De Cecco’s product coming in and looked at it and saw that it was out of spec. The FDA doesn’t typically go around looking. They’ve got plenty of other things to do."

There's a Dr. Pepper Shortage in the U.S. But the Company Assures They Are 'Working on It'

Aside from the De Cecco issue, Handler also heard through Zuanelli that many pasta manufactures, including Ronzoni, Prince, Treehouse and Barilla, cut back on bucatini production to meet the demand of other pasta shapes amid the pandemic.

But luckily, representatives for Barilla assured Handler that production on bucatini increased back in July and normal quantities should resume sometime soon.

“We still have to ration it throughout the country," they added, "so everyone gets a little bit of their favorite shape." 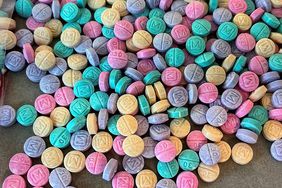 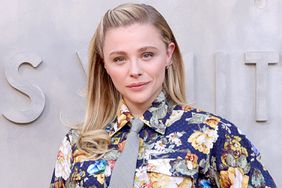 Chloë Grace Moretz Says 'Family Guy' Meme Is 'Horrific': 'My Body Is Being Used as a Joke'