On Sunday, Mars is concluding his global tour in Honolulu, where he is from

Bruno Mars is giving back in a major way this holiday season.

The “Finesse” singer, 33, is making sure that 24,000 people who live in Hawaii have a Thanksgiving meal on their tables come Nov. 22. Via the Hawaii Community Foundation, Mars is donating to the Salvation Army’s Thanksgiving Dinner Program in the Hawaiian and Pacific Islands Division.

The number of people who will benefit from Mars’ donation comes from the name of his song, album and tour 24K Magic.

His contribution is “single-handedly expanding [the program’s] reach across the state,” according to a press release. It is also bringing the program to home-bound individuals.

Mars may not be cooking thousands of meals himself, but he is handy in the kitchen. “U know every now and then I turn the stove on & make myself a salami sandwich. I think it’s best if u all knew that.. Alright.. take care,” he wrote on Twitter earlier in November.

On Sunday, Mars is concluding his worldwide tour in Honolulu, where he is from. Mars has expressed his excitement on Instagram about entertaining Hawaii crowds.

“Let’s have a good time tonight Hawaii!” he wrote on Thursday. “Most importantly, let’s show love and aloha to everyone driving down and attending the concert. I’ve missed you all and I can’t wait to perform and sing on the island I call home. see you tonight!!”

Mars added Charlie Wilson, Ella Mai, Boyz II Men and Ciara to the last leg of his tour after Cardi B dropped out to focus on her 4-month-old daughter Kulture Kiari.

Mars has done charitable work in the past. In 2017, he announced that he was donating $1 million to help people affected by the Flint water crisis in Michigan.

Bruno Mars Shares Hilarious (and Steamy) Video with Super Fan: ‘Be Careful What You Wish For’

“Ongoing challenges remain years later for Flint residents, and it’s important that we don’t forget our brothers and sisters affected by this disaster,” he said in a statement at the time. “As people, especially as Americans, we need to stand together to make sure something like this never happens in any community ever again.” 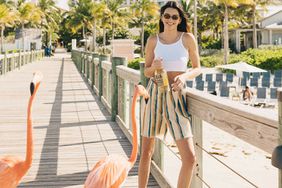 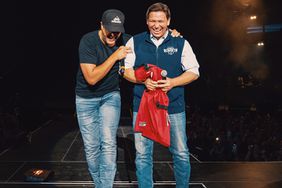 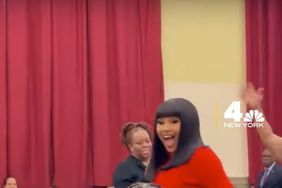 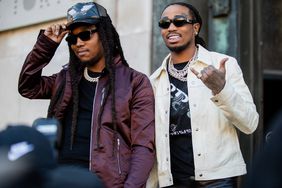