Just don't dramatically throw it at the screen, please

Real Housewives fans have seen their fair share of wine-throwing incidents over the course of 14 years and a multitude of franchises, and finally there's an official wine made specifically to sip on while you watch.

Bravo just announced the launch of the first official wine collection inspired by the reality TV show, which is celebrating the premiere of its latest franchise, the Real Housewives of Salt Lake City, on November 11.

“We are excited to partner with Nocking Point for this special limited edition collaboration that will allow Bravo superfans to immerse themselves in the Bravo universe, engaging with us both on-screen and off,” said Maria Laino DeLuca, Senior Vice President of Consumer and Social Marketing at Bravo and Universal Kids, in a press release. “This pairing celebrates the series and offers an escape in a year when we may not be able to engage with each other face-to-face.”

Pick one — or all three! — wines to sip on while watching some of the most iconic Housewives moments. The Real House Red is a 2017 red blend with notes of dark fruits like plum and huckleberry and infused with high-cacao chocolate.

The Real House White is a 2019 Sauvignon Blanc that is dry and crisp with minerally notes of oyster shell and bright passionfruit. Finally, The Real House Rosé is described as "summer in a glass" with notes of mountain strawberries and a refreshing finish.

All of the Most Epic Real Housewives Brawls, Ever

The wines will be available for purchase starting Wednesday at RealHousewivesWine.com, and should arrive by the RHOSLC premiere. The red is $26, while the white and rosé are $24 a bottle. A six-pack of the whole collection, which features two bottles of each wine, is $148.

While this wine will arrive in time for the newest franchise, we imagine it also pairs well with reruns of the show's most iconic moments of seasons past. 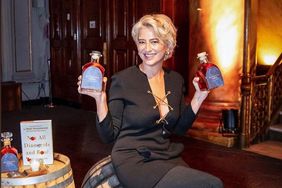 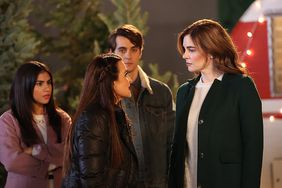