For those who are purists when it comes to cookie dough consumption.

Are you a self-defined “chunk spelunker”—someone who digs through cookie dough ice cream in search of the chewy dough pieces? If so, Ben & Jerry’s has a new product you’re going to want to get your sticky hands on ASAP: Cookie Dough Chunks.

The Vermont-based company first started putting cookie dough in their ice cream in 1984, and they haven’t looked back since. Today, cookie dough is their most popular flavor worldwide, with fans going crazy for the sweet chunks of dough that compliment the ice cream.

Ben & Jerry’s new Cookie Dough Chunks, launching April 3, were created for the people that wish they could set aside the ice cream and get straight to the good stuff. That’s right, it’s just the dough—you can skip the spoon altogether.

“Fans have been asking for ‘just the chunks’ for a while now,” says Innovation Manager Jody Eley. “During a short market test in Vermont last summer, fans snatched up the dough in record time. Bags flew off the shelves in mere days and stores could not keep the delicious dough bites in stock! Now, Ben & Jerry’s is rollin’ out the dough to fans across the US.”

The snackable dough bites are safe to eat raw, unlike regular cookie dough, because they are made using pasteurized eggs and heat-treated flour. The new Vegan Chocolate Chip flavor has also been certified by Vegan Action, so you can feel confident in your choices while you snack. 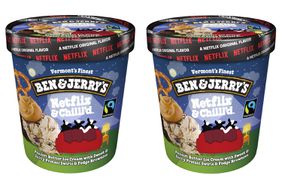 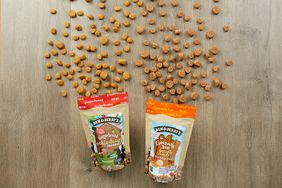 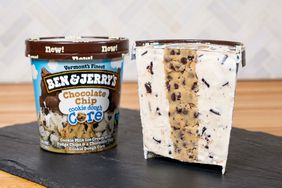 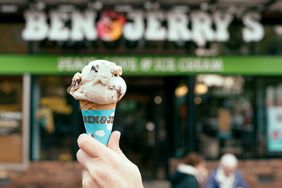