Even demogorgons will be screaming for ice cream this summer.

Baskin-Robbins will debut Stranger Things–themed ice cream this June, ahead of the Netflix series’ season 3 release in July, the company announced this week.

The second flavor of the month, titled “Upside Down Pralines,” features a chocolate-caramel flavored ribbon in chocolate ice cream with praline pecans.

These two flavors are just the tip of the Stranger Things-inspired menu.

Ice cream gourmands can also pick from the “Upside Down Sundae,” the “Demogorgon Sundae” and “Elevenade Freeze,” among others. Baskin-Robbins will also be offering collectible containers and exclusive merchandise.

Millie Bobby Brown, 15, Gets Her Learner’s Permit and Warns Motorists to ‘Watch Out’

The cherry on top of all this Stranger Things-themed fun? On June 9, the ice cream shop will be offering an Elevenade Freeze National Sampling Day from 3 p.m. to 7 p.m.

Fans on the West Coast can also head to a Scoops Ahoy ice cream truck — named for the ice cream shop that Steve (Joe Keery) works at in season 3 in the new Starcourt Mall.

The themed ice cream seems fitting for the lead up to season 3, which will be all about Mike (Finn Wolfhard), Dustin (Gaten Matarazzo), Lucas (Caleb McLaughlin), Eleven and the rest of the gang on summer break.

The trailer for season 3 teases the kids dealing with growing up as they face a new monster in Hawkins.

The show’s new tagline also hints at plenty of new changes to hit the small Indiana town: “One Summer Can Change Everything.” 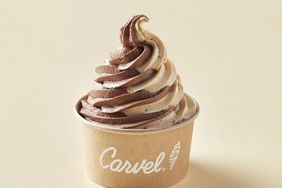 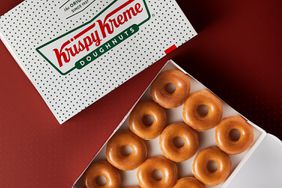