Grocery Store Joe may have gone home on night one, but his passion for food and produce stole the hearts of Bachelor Nation.

On night one of The Bachelorette season 14, one contestant stole the hearts of America: Joe Amabile, who viewers dubbed as “Grocery Store Joe” or “Joe the Grocer.” He did not, however, steal the heart of Becca Kufrin, this season’s bachelorette.

When he walked out of the limo, after telling Kufrin how nice she looked, he proceeded to say, “I’m Joe, and I forgot everything I was going to say to you.” When Amabile had a chance to redeem himself with some one-on-one time with the star of the show, he told her he used to sell watermelons to grocery stores.

Kufrin recently told E! she sent Joe home without a rose on the first night because he seemed “nervous” and she “wasn’t sure he could ever get past the cameras.”

Amabile owns a grocery store in Chicago, and his thick accent, winking, and just over all adorable-ness made Bachelor Nation swoon—so much so that #justiceforjoe was trending on Twitter after night one, and many have demanded he be the next Bachelor. Others are continuing to mourn his exit from the show nearly a week after he was sent home, with some vowing they are so heartbroken they won’t watch again.

In his introduction interview, which primarily took place in his grocery store, the now 32-year-old demonstrated his love for produce. “I know my fruits and vegetables. I know tomatoes,” Amabile said. “Very good. Women—not so lucky. I deal in produce, but one thing I haven’t produced yet is love.”

While Amabile definitely has a passion for produce, the grocer also seems to just love food in general. Of his 29 Instagram posts, 12 of them are food and drink-related. The apparent foodie also has dedicated an entire section of his Instagram story to meals, with a highlight on his page called “EAT,” where he visits local Chicago restaurants and gives them ten-second reviews.

In one of them, he visits The Moonlighter, a laid-back neighborhood eatery which specializes in cheeseburgers. Amabile can be seen taking a bite out of the cheeseburger before contemplating a little bit and ultimately giving it a thumbs up. “Pretty good” he says with a smile.

In another, the produce connoisseur visits Jeni’s ice cream shop. “The requests keep coming in, and I keep kicking out the reviews,” he says as the video begins to zoom in on his face. “Right now, we’re at Jeni’s ice cream and I have cream puff and milky chocolate.”

“That’s good,” he proclaims after taking a bite.

The Bachelorette alum has also shared multiple photos of himself drinking coffee. He recently told Entertainment Tonight “there’s no reason behind it. I just think I’m happy when I’m drinking coffee, so I take pictures.”

Amabile has also posted photos of his version of the “Breakfast of Champions”: deep-fried potato tacos. Parlor Pizza Bar also seems to be one of his favorites, as he’s posted two photos there on separate occasions.

Recently, he met up with the woman who sent him home on TV when she was in Chicago. Kufrin posted a video of herself with the caption “Joe, where u @”

Amabile responded on his own story while he was at the West Loop in Chicago. The pair seemingly reunited in a store. “Look who I found @bkoof,” he wrote on Instagram, “and watermelon swim trunks.”

Former Bachelor Nick Viall commented on the photo, speculating that the grocer was shopping for his rumored appearance on Bachelor In Paradise, which has not been confirmed. “Shopping for paradise …. gets caught by ex they dated for 14 min …. Classic.”

Amabile told Entertainment Tonight that “I didn’t go on the show hoping to become Insta-famous or anything like that, I’ll just continue living my regular life”—meaning hopefully the restaurant reviews will keep on coming. 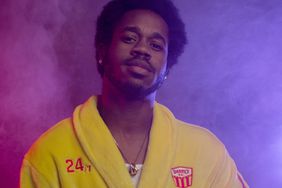 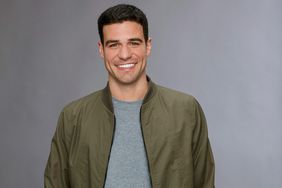 Heartbroken 'Bachelorette' Fans Can Now Get 'Joe the Grocer' Apparel 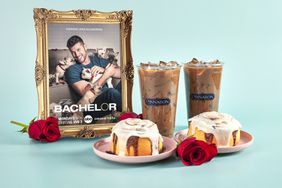