Anthony Bourdain's will was filed in Manhattan Surrogate's Court on Thursday

Anthony Bourdain‘s will has revealed new details about his finances before he was found dead of suicide on June 8 at age 61.

In court papers filed in Manhattan Surrogate’s Court and obtained by PEOPLE on Thursday, Bourdain was worth $1.21 million despite reports of a $16 million fortune.

The will, which was written in 2016, states that the majority of Bourdain’s finances will be left to his only child, 11-year-old daughter Ariane.

Due to Ariane being a minor, the court will appoint a guardian to protect her interests in his estate. If Ariane had died before her father did, the will states that his finances would have gone to her nanny, Myra Quizon.

Meanwhile, the executor of his estate will be her mother, Ottavia Busia, whom he married in 2007.

Bourdain gave his “accumulated frequent flyer miles” to Busia, and asked her to “dispose of [them] in accordance with what [she] believes to have been my wishes,” according to the outlets. The same instructions were stated for his cars, furniture, books, clothing and household items.

The New York City condo, which Bourdain and Busia bought in 2014, is not listed in the will, but the filings indicate a $1 million mortgage liability for an unspecified property. “I own an apartment with a mortgage that my ex-wife and my daughter live in, and I’m a renter. I should always be a renter,” Bourdain told PEOPLE in February. “I regret buying that apartment. The bank owns it, and then you’re stuck with it.”

On June 8, the culinary star was found dead of suicide in his hotel room in Kaysersberg, France, while in the country filming an upcoming episode of Parts Unknown with his close friend, French-born chef Eric Ripert.

Don’t Order Fish on Mondays, Plus 9 More Dining Out Tips We Learned from Anthony Bourdain

Fourteen days after his death, a completed toxicology report revealed that Bourdain had no narcotics in his system at the time of his death, a French judicial official told the New York Times, which reported that there was only a “trace of a nonnarcotic medicine in a therapeutic dose” in his system.

Speaking with PEOPLE about what he liked to splurge on, Bourdain recalled, “Chef’s knife. A really expensive chef’s knife, hand-made.”

Days before his death, Bourdain purchased a painting by artist John Lurie titled, “The sky is falling, I am learning to live with it.” 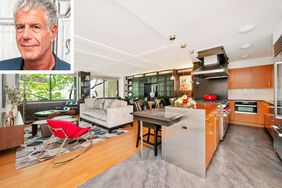 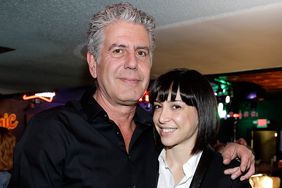 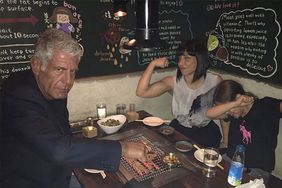 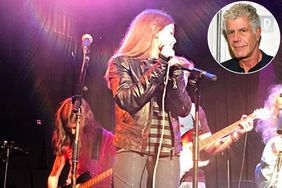