Amy Schumer Explains Why She Leaves Huge Tips: 'I Feel Like I Have No Other Choice'

The actress has a reputation for being very generous with her money.

Amy Schumer has a reputation for being very generous with her money—a trait she acquired from her own professional experiences.

“I’m a good tipper,” the comedian told Howard Stern on his Sirius XM show on Wednesday morning. “I worked in the service industry for 10 years.”

When Stern inquired whether the habit was a product of “rich guilt,” Schumer objected. “I feel fine about having money,” she said. “I take care of my family, my friends. I think I might feel guilty about having money if I wasn’t giving.”

“It’s because it does make me feel great and I feel like I have no other choice,” she added.

11 Celebrities Who Have Left Big Tips at Restaurants

Last March, Schumer notably left a $1,000 tip on a $77 bar tab while attending Broadway’s Hamilton. “For me, when I was living in a studio in Astoria, if somebody left me $1,000, that would change my month,” she explained to Stern.

FROM COINAGE: Should You Be Tipping In Cash Only?

In another instance, the Snatched star bought a $2,000 mattress for a store employee who let her use the bathroom. “Other places were like ‘no,’” she said of the experience. “But this woman, she was just sweet. You know when you just see someone and you’re like ‘I just love you.’ I said ‘I’d like to buy it for you.’ She didn’t recognize me or anything. And then I saw that it became like news.”

Schumer hopes that other people in similar financial positions will follow suit. “Are people with money not doing stuff like this?,” she asked. “I think they should do more, because you’ll feel better. And then they’ll do that for someone else, you hope.” 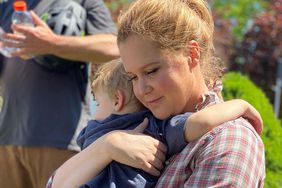 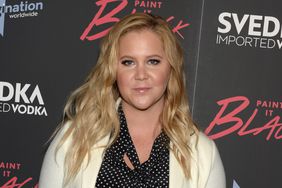