America’s favorite scientist Bill Nye is returning to television—and Food Network chef Alton Brown will be one of his special guest stars.

In the trailer for the new Netflix series — Bill Nye Saves the World — Brown and Nye can be seen laughing in an enormous laboratory, while Brown holds a beaker filled with a yellow liquid, which we can predict will likely be a super cool culinary experiment.

The Cutthroat Kitchen host, who is known for his quirky personality and science-based cooking shows, seems to be a perfect fit with Nye, who hosted the PBS show Bill Nye the Science Guy for five years in the ’90s.

The duo’s friendship appears to have been growing over the past couple years since Brown posted a photo of them together on Twitter in 2015 with the caption: “Me and my hero.”

Ina Garten Really Didn’t Want to Be a TV Star: I Told Food Network to ‘Lose My Number’

The series premieres on April 21 on Netflix. 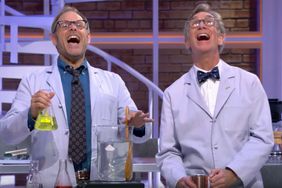 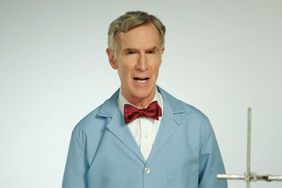 Bill Nye Speaks Out on Climate Change in Shocking Rant: 'The Planet's on F---ing Fire'