The actor, 39, has been sentenced to 36 months bench probation, the Lane County District Attorney tells PEOPLE

UPDATE: This story has been revised to clarify the nature of the charges. Zachery Ty Bryan pleaded guilty to two misdemeanor counts. They were not felonies.

Zachery Ty Bryan has been sentenced to probation after pleading guilty to two domestic violence charges on Tuesday.

The former Home Improvement star, 39, entered guilty pleas to "menacing and assault in the fourth degree constituting domestic violence," the Lane County District Attorney in Eugene, Oregon, tells PEOPLE in a statement. The charges are Class A misdemeanors.

"He was sentenced to 36 months of bench probation, with conditions of probation including the program Bridges2Safety and no contact with the victim as well as the other standard conditions in a domestic violence sentencing," the statement says.

Bryan was charged in court in October after allegedly strangling a woman. He initially faced charges of strangulation, harassment, coercion and interfering with making a report. Online court records show that these other charges against Bryan were dismissed.

"While Mr. Bryan was charged with additional crimes, including two class C felonies, it is in the interest of closure for the victim and in recognition of the backlog of cases we have due to COVID restrictions that make me believe this resolution is in the interest of justice," the D.A. tells PEOPLE.

A Eugene Police Department spokesperson previously told PEOPLE that officers arrived on the scene at an Oregon home around 10:00 p.m. local time on Oct. 16 after receiving a call from neighbors.

Upon arriving, officers said they found Bryan sitting outside an apartment while the victim, identified by police as a 27-year-old woman who has been in a relationship with Bryan, was at a neighboring apartment.

"An investigation found that during the dispute Bryan is reported to have assaulted the victim, impeded her breathing, and taken the victim's phone from her when she tried to call 911," the spokesperson said in a statement.

According to online jail records, Bryan was booked at Lane County Jail on Oct. 17 shortly after 1 a.m.

Two weeks before his arrest, Bryan announced on Instagram that he and wife Carly, with whom he shares four children, had split. His account has since been deactivated.

"Almost Fourteen years as best friends, soulmates, partners and then parents. It has been an incredible journey, but together, we've decided to turn the page and move on from our marriage," he wrote in the Oct. 1 post.

"As we enter into this next chapter, our children and relationship as co-parents and dear friends will remain our priority," he continued. "We understand this news lends itself to public dialogue, but in the interest of our children and our family, we're asking for privacy, compassion and love during this time. Thank you." 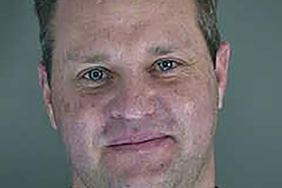