Wis. Teen Faces Life in Prison for Killing Man Who Allegedly Raped Her and Sold Her for Sex

Chrystul Kizer, 19, is charged with killing Randall Volar III, 34, who was under investigation for sexually abusing and trafficking underage girls

A Wisconsin teen is facing life in prison after being accused of killing an alleged sex trafficker who raped and filmed her — as well as other underage girls — multiple times after she said no to having sex with him.

Chrystul Kizer, 19, of Milwaukee, was arrested on June 9, 2018, for allegedly shooting Randall Volar III, 34, twice in the head and setting fire to his house in Kenosha, multiple outlets including the Milwaukee Journal Sentinel, the Kenosha News, and local station Fox6 Milwaukee report.

Kizer, who met Volar when she was 16, said from jail that she killed him in the early hours of June 5, 2018, when he pinned her to the floor after she refused to have sex with him, The Washington Post reports.

Prosecutors pointed out that after the alleged murder, Kizer posted a selfie taken at Volar’s house on social media, with the caption, “My Mug Shot,” the Post reports.

She allegedly stole Volar’s BMW after the murder.

Then 17, Kizer was charged with arson and first-degree intentional homicide. If convicted of homicide, she faces a mandatory life sentence in prison.

She pleaded not guilty.

On Friday, Kenosha County Circuit Court Judge David Wilk turned down her public defender’s request to lower her bond from $1 million to $50,000, the Post reports.

She remains in custody as she awaits her trial, which is scheduled for March 16.

In court, her lawyer argued that she has an “affirmative defense” for killing Volar, an alleged sex trafficker who raped her and sold her for sex, the Post reports.

Volar was being investigated for sex trafficking before he died, the Post reports.

Armed with a search warrant, Kenosha Police Department seized computers and other evidence from his home, the Post reports.

Volar, who lived in a one-bedroom, run-down home in Kenosha, had “over $500,000 sitting in a bank account that was flagged by the bank as evidence of human trafficking,” Johnson told the court.

In February 2018, just four months before he was killed, authorities found evidence that he had been abusing underage black girls, the Post reports.

The shocking allegation came to light on Feb. 12, 2018, when a 15-year-old girl called 911 from Volar’s house saying he had given her drugs and was going to kill her, police reports obtained by The Post show.

Found wandering the streets on LSD, the girl told police Volar had paid her for sex since she was 14, the reports state.

Volar was arrested on charges including sexual assault of a child, the Post reports.

He was released without bail.

In court Friday, prosecutor Michael Gravely said he believes Volar was simply a sex trafficking “customer” and that authorities have found “no evidence of sex trafficking for business purposes,” the Post reports.

‘More to the Story’

At the time of Kizer’s arrest, her lawyer, Ben Schwarz, said, “We do believe there is more to the story that hasn’t been presented,” Fox 6 Milwaukee reports.

During police questioning after the slaying, a criminal complaint obtained by Fox6 states that Kizer allegedly said, “She had gotten upset and she was tired of Mr. Volar touching her.”

While prosecutors say the murder was premeditated, Kizer says she was acting in self-defense.

“I didn’t intentionally try to do this,” she said from jail, the Post reports.

The district attorney tells PEOPLE that this is a case where the argument in court is whether there is an affirmative defense “for a person who has been a victim of a sexual crime to be able to commit any crime including violent crimes.

“The judge did not agree there was a defense available for that.

“I’m uncomfortable with the decision where we say that if someone did bad things to the murderer, then they should not be charged. To me that is a place where society should not go.”

Her attorney and the prosecutor did not immediately respond to PEOPLE’s requests for comment. 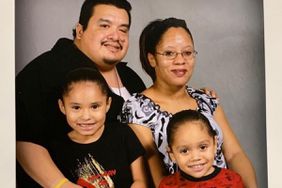