'Quiet and Sweet' N.Y.C. Teen Dies After Being Stabbed and Set on Fire, and Police Arrest Suspect

Winston Ortiz, 18, was visiting a friend in the apartment building where he was killed on Wednesday in a planned ambush, the sources allege.

According to the sources, the suspect, Adones Betances, 22, lives five blocks from the building, near Yankee Stadium.

The sources say the argument started shortly before 3 p.m., and was personal in nature: Ortiz had once dated Betances' sister.

Betances has been charged with manslaughter and murder, and is being held without bond.

The sources allege Betances was upset with Ortiz for dating his sister, who'd recently ended their brief relationship.

According to sources, Betances allegedly entered the building 10 minutes before Ortiz and waited for him.

Ortiz was allegedly stabbed three times — once in the chest and twice in the back — before being doused with a flammable substance and set on fire inside the building.

Neighbors, hearing his screams, rushed to douse the flames using buckets of water.

Ortiz sustained burns to over 90 percent of his body.

He was alive when responding officers found him, and rushed to a hospital, where doctors pronounced him dead.

A GoFundMe campaign created for Ortiz's family says he "was loved by all who came to know him," further noting "he was active in his church and a role model for all of his younger brothers and cousins. He was bound for greatness."

"Our family is in so much pain after this tragic loss," the victim's aunt, Victoria Ortiz, wrote on Facebook. "He was ALWAYS in church, his house, or with family. He was such a quiet and sweet kid. Always willing to help and do whatever was asked of him. For something like this to happen is just unimaginable!"

Betances does not have an attorney of record who could comment on the allegations, and has not appeared before a judge to plead to the charges he faces. 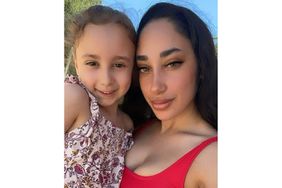