Tad Cummins and Elizabeth Thomas have not been seen since March 13, sparking an ongoing AMBER Alert

The wife of the 50-year-old Tennessee teacher accused of kidnapping a 15-year-old female student has filed for divorce, according to multiple reports.

The attorney for Jill Cummins, the wife of Tad Cummins, who is accused of kidnapping Elizabeth Thomas and sparking an ongoing AMBER Alert, issued a statement to WSMV:

“Today Jill Walters Cummins filed for divorce from Tad Cummins, her husband of 31 years. The filing of the divorce complaint is the first step to removing Jill from this situation. Jill will attempt to move forward with her life. This is a difficult time for her and her family.

“She would appreciate the media and the public respecting her need for privacy during these trying times.

“Jill continues to pray for the safe return of Elizabeth Thomas and for a peaceful resolution to this ordeal.”

The documents state Jill Cummins has not seen her husband since March 13, the day he and Thomas, a freshman at the Culleoka Unit School, where Cummins was a teacher, went missing.

Several days after their disappearance, Jill Cummins pleaded with her husband at a news conference to come home.

“Tad, this is not you. This is not who you are. We can help you get through this,” she said, Fox-17 Nashville reported. “No matter how far you’ve gone or what’s happening right now, God’s grace is sufficient for you and He wants you to come home. Your family wants their Papi back. Please do the right thing, and turn yourself into the police and bring Beth home.”

Last week, she again begged him to come home, telling NBC News. “You know you can’t hide forever. For your sake and for Beth’s sake, please go to the police or just drop Beth off somewhere safe.”

Authorities allege Cummins “groomed” Thomas for months. Cummins was suspended from his job after he was allegedly caught kissing Thomas on school grounds, and he was fired after he and Thomas went missing. The two allegedly exchanged emails officials described as “romantic” in nature.

A warrant has been issued for Cummins’ arrest on charges of aggravated kidnapping and sexual contact with a minor — the latter charge stemming from the alleged January kiss. It remains unclear whether Thomas went with Cummins willingly.

Pair May Have Fled to Mexico

At a Thursday press conference, Tennessee officials said the pair may have fled the country to Mexico.

Cummins has described himself as a religious man who has worked with children in the past, according to his resume, which was obtained by PEOPLE.

Cooper said Cummins could be using his background in Mexico or South America. “It’s possible that he’s playing the role of a missionary in that area, ” Cooper told ABC News.

On Friday, officials announced that two days after they went missing, the pair were spotted at an Oklahoma City Wal-Mart, about 700 miles away from their home in Maury County, Tennessee.

In the newly released surveillance video and images, Thomas and Cummins’ appear to have dyed their hair. Thomas, who was originally described by officials as a blonde, has red hair while Cummins’ goatee beard and hair are darker.

The TBI asks anyone who believes they spot Cummins or Thomas to not approach them and instead keep an eye on them while calling 911.

The teen was last seen wearing a flannel shirt and black leggings. She is 5 feet 5 inches tall and weighs 120 lbs., with and hazel eyes. 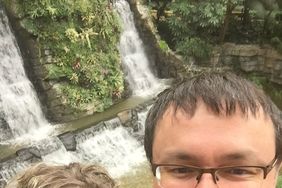 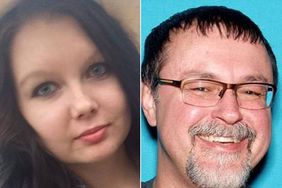 'I Still Love Him': Wife of Former Tennessee Teacher Accused of Kidnapping Student Speaks Out 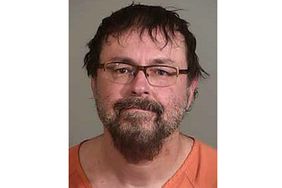