Wife of Man Accused of Killing His Son and Feeding Him to Pigs Held on Murder, Child Abuse Charges

The wife of a Kansas man accused of killing his son and feeding his body to pigs has been arrested in connection with the 7-year-old boy’s disappearance, PEOPLE confirms.

Heather Jones, 29, faces possible charges of first-degree murder and abuse of a child, court records show. She was arrested Thursday on a bench warrant for theft from 2012 and is on an investigative 48-hour hold while detectives determine if they can gather enough evidence to formally charge her.

Authorities have urged those involved in the case not to speak about it as they work to positively identify the remains, which could take weeks. However, Heather Jones’ father, Jeff Coon, said in an interview with KCTV that his daughter called him on Thanksgiving Day and calmly informed him that her husband had killed his son and fed him to pigs. He has not spoken to her since.

In an interview with the Associated Press prior to her arrest, Heather Jones said that her husband abused both her and the missing boy. She also said she believed that he was going to kill her because she “found out” what happened to the child.

Jerome Gorman, the district attorney for the Unified Government of Wyandotte County, said in a statement that officers who visited the family property “describe this as one of the worst things they have ever seen,” the AP reports.

Michael A. Jones’ father, Jerome Jones, defended his son after his arrest, telling KCTV, “Mike loved kids” and that he “is not the type of person that would do what he’s accused of doing.”

Officials first learned the boy was missing when they were called to the Jones home to investigate an armed disturbance on Nov. 25, according to The Kansas City Star. They discovered the remains a day later, in a nearby barn that belongs to Jones.

Six girls from age 10 to less than 2 were taken from the home and are in state custody, according to the AP.

Michael A. Jones is being held on a $10 million bond. He has not yet entered a plea to the charges against him. 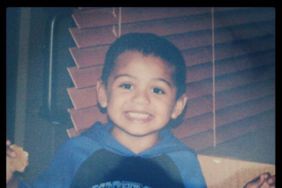