Though Johnny Depp is getting raves for playing him, Whitey Bulger says he's not interested in the new movie

Notorious Boston gangster James “Whitey” Bulger earned the moniker he loathed – a nickname criminal cohorts never dared say to his face – from the shock of platinum hair he perpetually slicked back from his forehead. And despite the “millions upon millions” of dollars his lawyer told a federal jury Bulger made in the rackets he ran in the insular Irish neighborhood of South Boston, the mobster never bothered to fix a blackened front tooth.

Still, many crime-watchers worldwide have been intrigued by the powerful stronghold on South Boston – and multiple cold-blooded killings – attributed to Bulger and his band of criminals known as the Winter Hill Gang. In the new film Black Mass, actor Johnny Depp, 52, portrays Bulger and told reporters at a screening of the movie in Brookline, Massachusetts this week that he approached the role by looking at Bulger as “a human being and not only as a man in that business.”

However, Bulger himself has no interest seeing how Depp portrays him, his defense attorney Hank Brennan tells PEOPLE.

“Johnny Depp might as well have been playing the Mad Hatter all over again as far as James Bulger is concerned,” Brennan says. “Hollywood greed is behind the rush to portray my client, and the movie missed the real scourge created in my client’s case, the real menace to Boston during that time and in other mob cases around the country – the federal government’s complicity in each and every one of those murders with the top echelon informant program.”

Bulger, now 86, refused to meet or even correspond with Depp, and has no plans to watch the film, even if it ever becomes one of the films piped into the maximum security federal prison in Florida where he is serving two life sentences, Brennan says.

But Black Mass director Scott Cooper says he captured the real Bulger by relying on a lot of archival footage – and that he wanted to depict Bulger in a way that “doesn’t romanticize or glamorize him.”

“It was really important for me to get that right, but also get the city right and to get the men right who had fostered a lot of heartbreak for the city,” Cooper tells PEOPLE. “Emotional wounds have yet to heal.”

Dick Lehr, who co-authored Black Mass says Depp didn’t back away from portraying the gangster.

“Yeah, I think Johnny nailed it,” says Lehr. “Johnny didn’t back away from the fact that he’s a monster.”

Jay Carney, another one of Bulger’s attorneys, was present briefly on set of the movie. He attended the recent Boston premiere of the film.

The Case Against Bulger

In 2013, after a colorful federal trial rife with expletive-laced threats between Bulger at the defense table and his former Winter Hill Gang allies on the witness stand, the geriatric gangster was convicted in connection with 11 murders and charges relating to his sprawling criminal racketeering enterprise – which according to court records he was able to build with the help of corrupt officials in the FBI and the Department of Justice.

That deadly alliance should have been the focus of movie, Brennan says Bulger believes. Instead, he says, the movie focuses on just two corrupt agents – John “Zip” Connolly and his supervisor, John Morris. Connolly is serving 40 years in a Florida jail connected to the Winter Hill Gang hit put out on victim John Callahan. Morris admitted his own corruption and that of others in trial testimony in exchange for immunity.

Bulger has pointed to the FBI’s deep ties with unsavory confidential informants. Among these informants was Bulger, but also his criminal lieutenant Stephen “The Rifleman” Flemmi, who had been secretly cooperating with the FBI and bribing Morris and Connolly with cash, expensive wine, and fancy trips, beginning in 1975 and ending with Flemmi’s arrest in 1995. Tipped to a pending indictment, Bulger went on the run for 16 years until he was apprehended in 2011.

“The movie missed the real story and instead made a cartoon mockery out of Jimmy Bulger,” Brennan says.

Court testimony, however, backs up some of the horrific elements of the movie – like the scene in which Bulger strangles Flemmi s stepdaughter Deborah Hussey to death with his bare hands and then blurts, “clean up your mess” to his lieutenant before retiring to a nap, a scene taken directly from testimony at trial.

Flemmi admitted on the stand that he drove Hussey, an allegedly drug-addicted prostitute, to the South Boston brownstone where Bulger killed her – after which, Flemmi, in the custom of many Winter Hill Gang slayings, pulled her teeth from her head to prevent authorities from identifying her remains.

“It was very distasteful to do and it was very difficult for me to do,” Flemmi said on the stand.

Steven Davis, whose sister Debbie was murdered in 1986, allegedly at the hands of the Winter Hill Gang, tells PEOPLE, “Everyone wants to talk about Whitey as a loving ladies man. Whitey s idea of taking care of a woman is choking her to death with his own hands and ripping out their teeth.”

The jury did not convict Bulger of killing Davis, but her body was recovered in a scrubby patch along a Boston beach now known as the “Bulger Burial Ground.”

Davis’s father had died mysteriously after he had confronted Flemmi and Bulger in a fit of anger that the pair had “corrupted” his young daughter. Days later, he drowned, and the only explanation given was that he had fallen from a boat in a marina.

Bulger’s life had many women – and not just Lindsay Cyr, whose affair with Bulger produced a son, Douglas Glenn Cyr, in 1967. The boy died at age 6 of Reye’s syndrome – a rare, fatal reaction to aspirin.

Cyr, who is now 70 and living in a ramshackle house near Nantasket Beach in Hull, Massachusetts, “doesn t talk about Whitey,” her neighbor tells PEOPLE. She could not be reached for comment.

Bulger s frightening reputation didn’t seem to impede his relationships: in addition to Cyr, he was a common-law husband to high school sweetheart, Theresa Stanley and a surrogate dad to her four children – and he had a long-term love affair with dental hygienist Catherine Greig, who went on the run with Bulger for 16 years, living under the pseudonyms Charlie and Carol Gasko in a rent-stabilized apartment in Santa Monica, California.

The home was stockpiled with high-powered weapons secreted in the walls, with bookshelves stocked with Bulger s favorite mob books, many that featured him.

“She s in love with the guy; if she could be with the guy right now, she d be with him,” Greig s lawyer, Kevin Reddington told reporters after she was sentenced to 8 years in prison for helping the fugitive. “He is the love of her life.”

Despite the fact that Bulger’s dangerous allure drew in many and still captivates the public imagination, Bulger himself is no longer enthralled.

Earlier this year, when three teenage girls from a Massachusetts high school wrote to him saying they were writing a school essay about his criminal exploits, he wrote back, “My life is wasted.”

Still, his notoriety and murderous history is part of his identity, a federal source tells PEOPLE.

“Bulger is in the general prison population, so he likes to tell stories about the old days,” the source says.

• With reporting by Megan Johnson 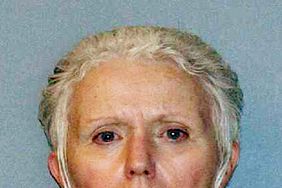 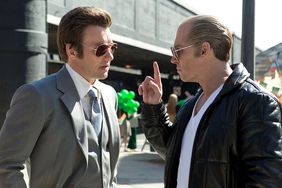 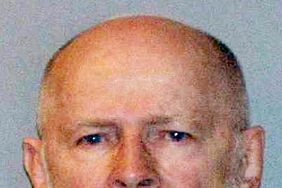 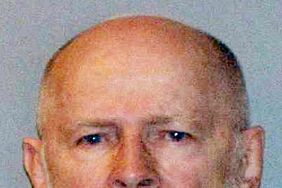 PHOTOS: The Life and Times of Whitey Bulger 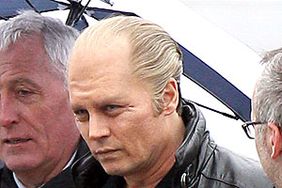 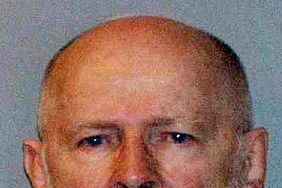 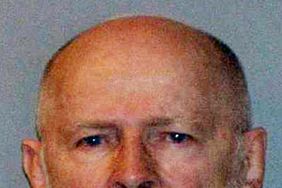