A 42-year-old Washington father allegedly tried to send a text message to a hitman requesting the murders of his wife and daughter — but the text instead went to his former boss, who called police.

He remains in police custody on $1 million bail and court records indicate he has yet to enter a plea to the charges he faces.

An arrest affidavit obtained by PEOPLE alleges that after receiving the text on Feb. 7, Lytle’s former boss was “disturbed” and notified the Snowhomish County Sheriff’s Office.

The message, addressed to “Shayne,” indicated Lytle would allegedly be willing to evenly split the $1.5 million insurance payout he anticipated receiving in the wake of the deaths of his wife and 4-year-old daughter, according to the affidavit.

“You remember you said that you would help me kill my wife … I’m going to take you up on that offer,” Lytle is accused of texting, the affidavit states.

The message added that his wife’s insurance policy “is worth 1 million and if you want a bonus you can kill [Lytle’s daughter]. Her life insurance is 500K.”

The message seemingly urged “Shayne” to make the hit “look like a robbery gone wrong or make it a[n] accident.” The text also provides his wife’s work schedule and work location as well as his own, according to the affidavit.

“I’ll split everything with the insurance 50/50,” the text allegedly concluded.

Police allege that after initially denying the message came from his phone, Lytle, a resident of Monroe, Washington, admitted to authoring the text. He said the message was his way of “venting” his anger at his wife, the affidavit alleges.

Lytle told police he knows no one named “Shayne,” and that the text in question was written months ago following an argument he had had with his wife. He allegedly told investigators he usually deletes these cathartic messages, and theorized his daughter may have sent the message after discovering it in his “Drafts” folder, reads the affidavit.

According to the criminal complaint, Lytle’s wife told police the couple had been married for seven years and that she was aware of no marital distress. She said the couple have been struggling financially as Lytle has been out of work. 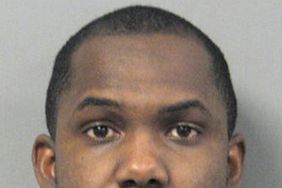 New Docs Show Matthew Coleman Thought He Was Neo from 'The Matrix' , Reveals Text to Wife Before Children's Killings