"My life is an example of how you can turn pain into purpose," says Ryane Nickens, the founder of Washington, D.C.'s TraRon Center

Ryane Nickens was 12 when she lost her first relative to gun violence.

The victim in that 1989 shooting was her 20-year-old uncle, David Williams. Then, in 1993, a shooting in Nickens' Southeast Washington, D.C., neighborhood killed her pregnant sister Tracy, 18, and injured her mother, Linda Bunn, as well as Ryane's sister Dee Dee and her brother Ronnie.

"The pain was so deep for her," Bunn says of Ryane. "Because I was in my own pain, I didn't know this was going on until her friend told me that she tried to commit suicide."

There was more pain to come. When Ryane was 17 in 1996, a gunman killed Ronnie, 19. Today she counts more than 15 family members or friends killed by gun violence. After Ronnie's death, "the wall went up around my heart," Ryane tells PEOPLE in this week's issue. "I developed this notion that everything I love, I lose, so what's the point in loving?"

It's a feeling that she fought hard against — and now helps dozens to do the same.

For more about Ryane Nickens and her work, subscribe now to PEOPLE or pick up this week's issue, on newsstands Friday.

In honor of her brother and sister, Ryane founded the TraRon Center in 2017 to give those traumatized by gun violence a place to heal. Started in a public library as a support group for adults, the Washington, D.C., nonprofit has expanded to provide summer camps and after-school programs for more than 30 kids ages 4 to 14, offering counseling, art and music therapy and a safe place in a neighborhood where gunfire and death are a terrifying reality.

"These are children who have, through no fault of their own, been dealt a damaged hand," says pediatrician and TraRon board member Dr. Khandra Tyler-Beynum, chief of Health Services Administration for the District of Columbia's Department of Youth Rehabilitation Services. Ryane, she says, "endeavored to really turn sadness and loss into something that was beautiful and beneficial for families. It's a beacon of light."

Says Ryane, 42: "For so long I've only known how to survive. I don't want that for the kids. I want them to know what it's like to thrive."

One of those kids turning the corner is 13-year-old Samiyah Coates, whose best friend was fatally shot in Maryland last year. She credits the center and Ryane for providing much-needed comfort. An art therapist at the center encouraged Samiyah to create a box to keep photos and written memories of her friend — and to pull them out whenever she missed him.

"Miss Ryane is always looking out for us, and she makes sure that we're okay," says Samiyah. "It inspires me because I can do good, and I won't have to be sad all the time."

It's a change Ryane is still working on in herself.

"I want them not to be weighed down by trauma after trauma but to have skills in their mental-health tool kit so they know how to deal with trauma," she says of the kids in her program. "My life is an example of how you can turn pain into purpose so that others may live a full and joyful life." 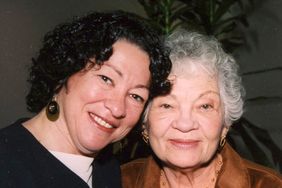