Amara J. Lundy, 23, has been arrested on suspicion of first-degree murder

A woman in Olympia, Washington, is accused of strangling and dismembering her mother and leaving body parts in trash cans around the city.

Amara J. Lundy, 23, has been arrested on suspicion of first-degree murder, PEOPLE confirms. According to documents filed in Thurston County Superior Court and first obtained by The Olympian, she allegedly told detectives that “she had grown tired of her mother and decided that if her mother was dead, things would be better for several people.”

Although 58-year-old Susan Lundy was reported missing in early July, she may have died in late May or early June.

According to K5News, police searched the victim’s home and interviewed those close to her. They also looked into her financial and phone records. Their investigation eventually led them to Amara as the suspect.

The police report alleges that Amara used an electrical cord to kill her mother.

“Her mother begged for her to stop,” the police report alleges, “but [she] felt at that point her only option was to finish strangling her and continued to do so until her mother stopped thrashing.”

According to KIRO-TV, police allege Amara described the killing in great detail. “She was surprised how much force it took to kill her mother,” the police report alleges.

The police report further alleges that Amara used a blanket to drag her mother’s body to the basement of the home they shared. She then allegedly dismembered her mother with a kitchen knife and a saw, according to documents. She allegedly used a shopping cart to transport the remains to several dumpsters.

Although Amara allegedly told police that her boyfriend assisted in disposing of the remains, he has not been arrested or charged with any crime. Police have interviewed him at least once.

The police report alleges that Amara tried to make it appear that Susan had left town by “destroying her mother’s cell phone and throwing her identification in the garbage can.”

Lundy is being held without bail. She will return to court on August 27 to enter a plea. Court records do not name an attorney authorized to speak on her behalf. 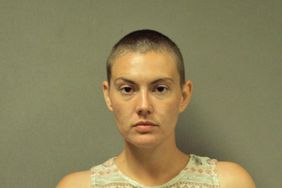 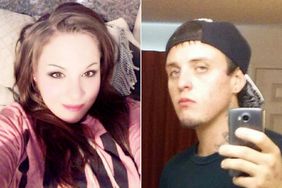