Warren Jeffs’ son, who publicly accused him of sexual abuse and spoke out about his cult — the Fundamentalist Church of Jesus Christ of Latter-Day Saints — has died.

Leroy “Roy” Jeffs was found dead on Friday in Salt Lake City, Utah, The Salt Lake Tribune reports. He was 26.

He would have celebrated his 27th birthday on June 5.

Rachel is blaming Roy’s death on their polygamist father, a self-proclaimed prophet and leader of FLDS, an offshoot banned by the Mormons, which requires men to have three wives to be admitted to heaven, according to The Salt Lake Tribune.

In 2011, Warren, 63, was sentenced to life in prison after being convicted of two counts of child sexual abuse.

“Father didn’t love him. [Roy] knew it,” Rachel told The Salt Lake Tribune. “All of us knew it. We all got told Roy was a bad boy.”

Rachel also addressed her brother’s death in an interview with ABC 4.

“He did not allow Roy to grow up with his siblings, and he kept him hidden in houses of hiding most of his growing up life, telling the family that Roy was a bad boy and tried to turn us against him,” Rachel told the outlet.

“I’m proud of Roy for the courage he’s shown in being the first of my siblings to leave the FLDS cult and trying to figure out life the best he could,” Rachel continued. Rachel and her sister Becky have also spoken out about their father’s abuse.

In 2014, Roy left FLDS and accused Warren of molesting him as a child the following year.

“One of my earliest memories is of him sexually abusing me,” Roy told CNN at the time. “I was about 4 or 5 years old, and this is where my dad did it. I remember him telling me, ‘You should never do this’ … then he did it to me.”

Warren had already begun serving his life sentence at the time of the interview after being convicted in Texas of sexually assaulting two teen girls he married, saying they were his “spiritual wives.”

Warren has fathered over 50 children and has been accused of illegally arranging marriages between his male followers and underage girls in Utah.

In an interview with ABC 4 last February, Roy said his “experience with polygamy was very bad.”

“I grew up with so many kids in the house that my dad didn’t have time for me,” he added.

“There were times he went out of his way to shun me,” he admitted. “Just seeing how my mom was treated — she was treated horribly by my dad. Just a lot of psychological abuse.”

Polygamy was not the only illicit activity happening in the FLDS community, according to Roy. He told ABC 4 “human trafficking” — in addition to sexual abuse — was also encouraged.

He explained he was a victim of labor trafficking.

“I was sent from a house in hiding, to a land of refuge, which were the compounds, and that’s where it was just a lot of hard labor, and you were supposed to start as young as 12 years old,” Roy explained.

When he was just 14 years old, Roy was separated from his mother after confessing to Warren that he was sexually attracted to some of his stepmothers, who were close to his age, The Salt Lake Tribune reported.

He was then ostracized along with other boys of the church to a ranch in Wyoming, before being assigned to FLDS-connected construction companies, The Salt Lake Tribune reported.

After contemplating leaving the church for years, Roy said he finally did so after realizing he couldn’t live up to his father’s expectations.

“I might as well leave and maybe have a little fun,” Roy said in an interview with the Associated Press.

“If I think about [it] too hard, think about everything that has happened, it just breaks me down real bad,” Roy told AP.

Still, Roy was hopeful to make a better life for himself. “I feel like I can do what I want,” he said. “It’s my life now.”

In 2017, Rachel shared her story, explaining in an interview with Megyn Kelly for NBC News that she told her mother about Warren’s abuse when she was 10 years old.

“It was getting so bad I felt like I couldn’t handle it anymore,” she said.

After she was pushed into an arranged polygamist marriage, Rachel left the church in 2015, something she detailed in her memoir, Breaking Free: How I Escaped Polygamy, the FLDS Cult and My Father, Warren Jeffs.

“I was very angry, very angry at father and I was angry that he would do that to my kids,” she said during the interview. “And I felt that he was punishing me for what he did to me. Like he was trying to break me and make me feel like I was worse than him. And I wouldn’t let myself go there. I knew he had done wrong and I didn’t want to let him break me.” 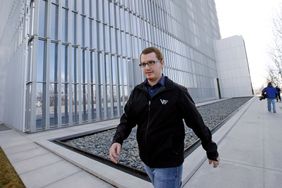 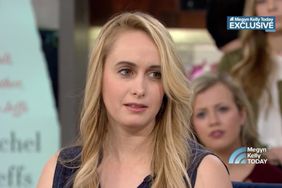 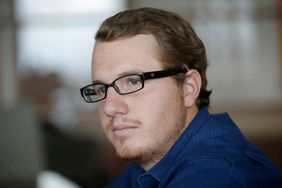