Five people are charged in connection with the deaths of Mary Crocker and her older brother, Elwyn Crocker Jr.

The two Georgia children whose bodies were found buried in the yard of their father’s mobile home had been pulled out of school and homeschooled, enabling their disappearances to go unnoticed until it was too late, say authorities.

In court Tuesday, prosecutors revealed that one of the deceased children, Mary Crocker, 14, allegedly spent much of her young life zip-tied, starved and held in a dog cage while naked, and was beaten when she tried to eat food.

Both children lived with their father, Elwyn Crocker Sr., 49, a onetime Walmart Santa Claus, and were never reported missing. Their remains were discovered in the yard outside their father’s mobile home in Guyton on December 20, 2018.

When the children’s bodies were found, neighbors came forward to say they suspected something was amiss in the Crocker home but never came forward to express their concerns, The Atlanta Journal-Constitution reported.

“If we can just encourage those folks to give us a call, it could lead us to maybe not having this conclusion,” Sheriff Jimmy McDuffie told reporters during a press conference in December, the paper reported.

Before the children’s deaths, police and child welfare agencies had been called to investigate numerous fights among the adults living at the home, The Atlanta Journal-Constitution reported.

Details in the disturbing alleged child abuse case came to light Tuesday in Effingham County Court when a judge denied bond for Mark Anthony Wright, one of the five suspects in the case who lived in the same home as the Crocker family and is charged with cruelty to children and murder.

Father Elwyn Crocker Sr., their stepmother, Candice Crocker, their step-grandmother, Kim Wright, and her boyfriend, Roy Anthony Prater are charged with murder, concealing the death of another, and cruelty to children in the first degree.

None of the defendants have entered pleas to the charges.

Former Walmart Santa, 4 Others Charged with Murder After His 2 Kids Were Found Buried in Family’s Yard

Lawyers for the five defendants could not be reached for comment on Thursday.

Trial dates for all five have not yet been scheduled. 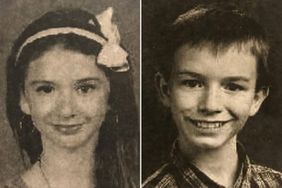 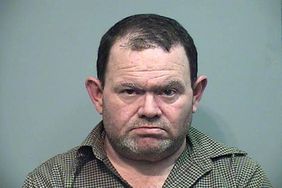 Former Walmart Santa, 4 Others Charged with Murder After His 2 Kids Were Found Buried in Family's Yard