What usually is considered a sweet gesture has potentially landed Vanessa Hudgens and boyfriend Austin Butler in a little hot water.

The stars are under investigation for allegedly carving their names and a heart on a rock in Arizona’s Coconino National Forest, PEOPLE has confirmed. The couple enjoyed a Valentine’s Day weekend getaway at the park in Sedona, Arizona, with Hudgens posting photos to Instagram from the romantic trip – including a (now-deleted) shot of the alleged carving.

“This incident is currently under investigation, so there is not much we can share specifically,” Brady Smith of the U.S. Forest Service tells PEOPLE in a statement. “However, we can say that the issue of people carving their names and other things in rocks in the Sedona and surrounding area is always a challenge we face and try to educate people about. We have found that when one person carves something, it encourages others to carve.”

He continues that the offense falls under federal law: “Carving of any kind affects the natural beauty of the area and it is something that is prohibited under Title 36 of CFR 261.9 (a) ‘Damaging any natural feature or other property of the United States.’ ” Smith says that the “maximum fine is $5,000 and/or six months in jail,” and that the department “will continue to investigate this, as we do many other occurrences similar to it.”

The Valentine’s Day weekend comes two weeks after the Grease Live actress, 27, earned rave reviews for her performance as Betty Rizzo – including from her boyfriend.

“#GreaseLive is MIND-BLOWING! Constant chills @VanessaHudgens,” Butler tweeted about his girlfriend, who performed after her father Greg lost his battle with cancer a day earlier. The actress announced she would continue with the show “in his honor.”

The investigation doesn’t seem to be keeping Hudgens down. She was spotted out Tuesday looking stunning in a silver metallic crop top and black skirt, having a girls night at Maia in Los Angeles, an onlooker tells PEOPLE. The actress appeared in high spirits as the group arrived around 8:30 p.m., with her friends making sure to thank the staff before leaving around 11:30 p.m. 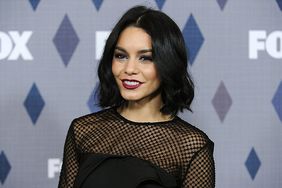 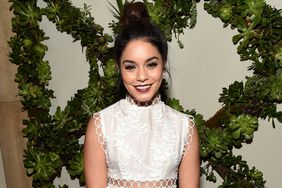 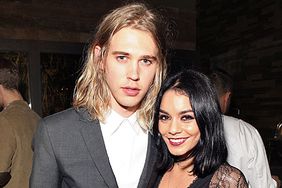