Authorities allege missing Army private Vanessa Guillen was beaten to death with a hammer by the fellow soldier who died by suicide Wednesday as authorities closed in on him.

A criminal complaint obtained by PEOPLE alleges the killing occurred in the armory room at Fort Hood, where Guillen, 20, worked, and where her identification, wallet, and car keys were found in late April.

The complaint names Cecily Aguilar, 22, as the second suspect facing charges in this case, and alleges she told investigators Robinson placed Guillen's body in a storage case after killing her.

According to the complaint, Aguilar told detectives that Robinson went home before returning to the installation later that night to move the body.

Aguilar allegedly said Robinson took Guillen's body to a bridge near the Leon River, where Robinson and Aguilar cut her body up and set it on fire. When the body didn't burn completely, the couple put the remains in three separate holes and covered them, according to the complaint.

Human remains recovered on Tuesday near the Leon River in Bell County in Texas are believed to be Guillen's, and authorities allege that Robinson fled Fort Hood soon after learning they had been discovered.

"The complaint further alleges that at a later time, Aguilar recognized the deceased, whom she helped Robinson mutilate and dispose of, as Vanessa Guillen," reads a statement from the U.S. Attorney's Office in Western Texas. "The remains found in Bell County have yet to be formally identified by authorities."

Aguilar has been charged with one count of conspiracy to tamper with evidence.

She remains in custody and has yet to appear before a judge to plead to the charge. She is expected to do that sometime next week. It was not immediately clear if she has retained a lawyer.

Authorities have not disclosed a possible motive in the killing.

Meanwhile, Guillen's family is calling for a congressional investigation into her killing. They allege the Army lied to them repeatedly after Vanessa vanished.

Family members previously said Guillen had complained about being sexually harassed by her sergeant but had been afraid to report it. The Army opened up an investigation into the allegations in June.

In an interview with PEOPLE, attorney Natalie Khawam says she believes Guillen was sexually harassed by Robinson, and that he'd followed her into the shower once. KHOU reports Khawam said Guillen was "creeped out" by the incident.

The Army said Thursday there is no evidence Guillen was sexually harassed at Fort Hood.

At a press conference Wednesday, Guillen's sister, Lupe, said the family's attempts to get answers surrounding Guillen's disappearance and allegations of harassment were met with lies from Fort Hood personnel.

"They lied to our faces every single day ... which is more than two months," Lupe said.

Lupe added that Fort Hood personnel "didn't respect my sister. They didn't keep my sister safe. They're always trying to cover up for each other."

Khawam says a congressional investigation could help answer the family's questions: "Who knew what? Why — why there was a coverup? Why didn't [they] share this information? What happened?"

Fort Hood has not responded to PEOPLE's calls for comment on the family's allegations. 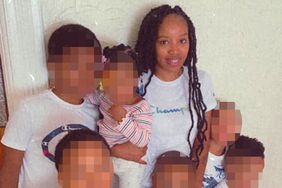