The reward for "credible information" about the disappearance of Private First Class Vanessa Guillen has reached $55,000, as the Army has announced it will investigate claims she was sexually harassed while stationed at Fort Hood.

Guillen, whose case was recently spotlighted by actress Salma Hayek, has not been seen since April 22, as she was crossing a parking lot at squadron headquarters in Fort Hood.

The missing soldier, a small-arms repairer with the 3rd Cavalry Regiment, apparently told relatives that she was being sexually harassed by one of her sergeants at Fort Hood, prompting an investigation into the allegations.

Search Underway in Texas for Missing 20-Year-Old Soldier: 'Something Is Not Right,' Says Sister

According to an Army press release, Col. Ralph Overland has appointed a team to conduct the sexual harassment investigation.

"I opened an investigation concerning the information provided by the Guillen family that Pfc. Vanessa Guillen was harassed prior to her disappearance," the statement quotes Overland as saying. "I take allegations of sexual harassment very seriously and we are conducting a thorough investigation."

The lead investigator has been tasked with gathering evidence and "thoroughly and impartially" considering it before presenting findings and recommendations.

Officials said that Guillen's car and room keys were found in an armory room, along with her identification card and wallet.

She was last seen wearing a black T-shirt.

An avid runner, Guillen stands 5 feet 2 inches tall. She weighs an estimated 126 lbs. and has black hair and brown eyes.

Guillen also has three tattoos on her left arm.

Her relatives and boyfriend have said in social media posts they believe something "is not right," and noted Guillen had told them she no longer felt safe on base.

The formation of the investigation team comes days after an update to Fort Hood's social media accounts stated, "At this point, investigators have no credible information or report that Vanessa Guillen was sexually assaulted." 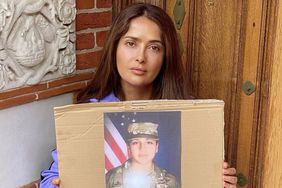