Twenty-year-old Mollie Tibbetts was dog-sitting in Brooklyn, Iowa, on Wednesday night when she headed out for a jog

Twenty-year-old Mollie Tibbetts was dog-sitting in Brooklyn, Iowa, on Wednesday night when she headed out for a jog dressed in typical workout gear.

She has not been seen since, according to authorities — leaving loved ones “worried sick and desperate to get Mollie home,” one relative said, as investigators continue to scour the area for clues to her whereabouts.

“There is no such thing as a silly tip or lead,” Tibbetts’ cousin Emily Heaston wrote on a Facebook group set up in support of the search effort.

“We do not want any information or offers of help to slip through the cracks,” Heaston wrote on Saturday, adding, “We cannot share Mollie’s image or story too much. Thank you to all of the volunteers and the Brooklyn community for your endless love and support.”

Tibbetts, a student at the University of Iowa, was last seen in gym shorts, a black sports bra and running shoes while jogging near Brooklyn, according to a brief news release from the Poweshiek County Sheriff’s Office, which is leading the investigation.

(A dispatcher who answered at the sheriff’s office on Sunday said they were unable to provide more information, referring a reporter to the news release.)

The surrounding miles of farmland, fields and roads have since been canvassed by hundreds of volunteers, according to news reports and Tibbetts’ family’s posts on the Facebook search group.

“Currently law enforcement is working in cooperation with multiple jurisdictions in an effort to locate Mollie,” the sheriff’s office said in its release. “Active searches are currently taking place at this time.”

Authorities are working to review Tibbetts’ digital footprint as well, including her laptop and social media activity, according to her family.

“These are the most important first steps this morning,” Heaston, Tibbetts’ cousin, wrote on Saturday. “Law enforcement will also be repeating the neighborhood canvas near Mollie’s home, jogging, and work routes.”

Later Saturday, another family member, Sandi Tibbetts Murphy, posted to the group that “unfortunately, there is nothing to update from the investigation.”

“I just want to take a moment to update everyone with today’s efforts,” Murphy wrote. “We remain stunned by all of the sharing and outreach from all of you. We think Mollie’s information has been shared literally coast to coast and border to border. Please continue to share her information with all of your friends, family and connections.”

In a Facebook post on Friday, the University of Iowa said its “thoughts are with Mollie Tibbetts’ family and friends” and that school officials were “monitoring the situation and will offer support as needed.”

According to Tibbetts’ Facebook profile, she is studying psychology and has interned at the Grinnell Regional Medical Center. She lives in Brooklyn and is originally from Oakland, California.

Her aunt Kim Calderwood, who called her “very responsible and conscientious,” told local TV station WOI that their family was not giving up: “We miss you, we’re looking for you and we will never stop.”

Tibbetts is described as 5-foot-3-inches tall, weighing about 120 lbs., with long brown hair and brown eyes.

Anyone with information about her is urged to contact the Poweshiek County Sheriff’s Office at 641-623-5679. 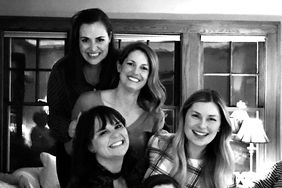