Riley Howell's girlfriend Lauren recounted their love story, while his three siblings spoke of his kind heart and love of nature

Howell, a 21-year-old junior from Waynesville, North Carolina, was remembered by family, friends and his long-term girlfriend as a compassionate nature lover with a heart of gold during a memorial service at the Stuart Auditorium in Lake Junaluska, according to the Charlotte Observer.

Lauren Westmoreland, Howell’s girlfriend of 5½ years, recalled meeting him for the first time sophomore year of high school at a four-way intersection as she waited to be picked up for the day.

“We hit it off immediately, laughing and talking like we had known each other forever. I remember getting in the car after you left and telling my mom, ‘Did you see him? ‘Cause man, he is beautiful,’ ” she recalled. “I knew from those first few dates on that I would love you, love you and love you and I was so incredibly lucky to experience your love in return.”

She continued, “You were always the last person to see how beautiful, incredible and selfless you are … When I first saw you, it was like the sun came out, bright and beaming on the cloudiest of days.”

Lauren’s father Kevin Westmoreland, spoke, too, suggesting that perhaps “God moved levers to put Riley in that classroom at that time for the purpose of saving others,” according to The Mountaineer.

Howell was killed Tuesday along with Ellis Parlier, 19, on the last day of the semester after a gunman entered their classroom and opened fire.

Charlotte-Mecklenburg Police Chief Kerr Putney confirmed that Howell did his best to prevent further bloodshed by charging at the gunman and pinning him down, according to WCNC and other outlets.

“[Howell] took the fight to the assailant. Unfortunately, he had to give his life to do so, but he saved lives doing so,” he said. “He took the assailant off his feet, and the heroes that we have here were able to apprehend from there. Mr. Howell saved lives.”

During his funeral Sunday, Howell was buried with military honors, with a uniformed member of the military marching on stage and saluting a folded American flag as three shots fired outside. The flag was then brought to Howell’s parents, Thomas and Natalie, according to the Charlotte Observer.

The outlet reports that the band Balsam Range played “Amazing Grace” as his casket was carried into the auditorium.

Howell’s three younger siblings all had a turn at the microphone, with younger brother Teddy noting, “My superhero doesn’t wear a cape. He wears Tevas,” a nod to Riley’s love of the outdoors.

Added close friend Lucas Tate, “One thing that Riley did that always confused me was leaving his keys in an unlocked car practically anywhere he went. For a while, I didn’t understand this, and gave him a hard time for it. But finally, I realized Riley did this because he didn’t look the bad in people – he only saw the good.”

In addition to the deaths of Howell and Parlier, four students — Drew Pescaro, 19, and Sean Dehart, 20, both of Apex, North Carolina; Emily Houpt, 23, of Charlotte; and Rami Alramadhan, 20, of Saudi Arabia — were injured by gunfire, and all are expected to make a full recovery. 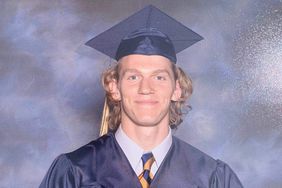 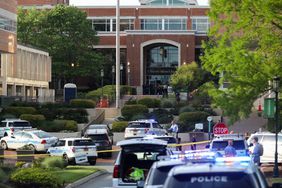 Victims Identified in UNCC Mass Shooting As Alleged Gunman Faces Murder Charges: 'We Are in Shock' 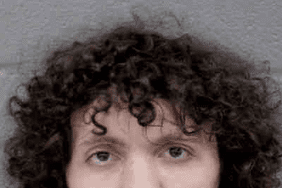 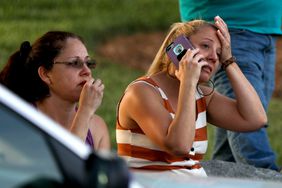 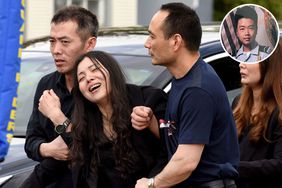 Mother of Fla. Shooting Hero Peter Wang Says She's 'Stuck in a Nightmare' as Teen Is Laid to Rest 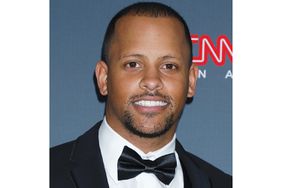 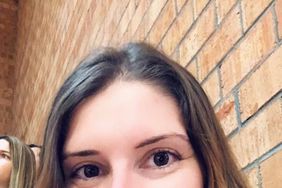 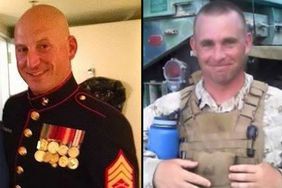 Chattanooga Shooting: Hero Marines Saved Others Before Losing Their Lives