Patrons were allegedly using tongs to fight each other at Meteor Buffet in Huntsville, Alabama

Hungry patrons at a local buffet in Alabama took hangry to a new level when a fight broke out allegedly over crab legs Friday.

The unexpected brawl went down at Meteor Buffet in Huntsville as diners were waiting to feast on a freshly boiled batch of crab legs, according to multiple reports.

Among the restaurant goers was Huntsville police officer Gerald Johnson, who recalled hearing yelling and tongs clashing as he was just about to dive into his meal.

“Literally, as I sat down and maybe took two bites out of my plate,” Johnson told WHNT 19 News. “There’s a woman who’s beating a man. People are moving around, plates are shattering everywhere.”

“It’s not something you typically hear, if you can imagine a fencing match,” Johnson said of the guests allegedly using tongs as weapons.

“They’d been waiting there for the crab legs for a good 10, 20 minutes. When they finally came out, it’s very heated. Especially if someone is taking more than their fair share,” Johnson told the news station.

Chapman sustained a cut on his head while Jenkins was uninjured.

Chapman will appear in court on March 21, WHNT 19 News reported.

A lawyer for either Jenkins or Chapman could not immediately be found.

Officer Johnson told the outlet that both Chapman and Jenkins allegedly admitted to letting their temper cloud their judgment. 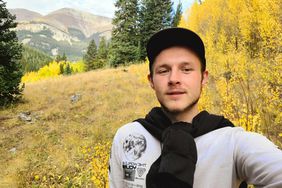 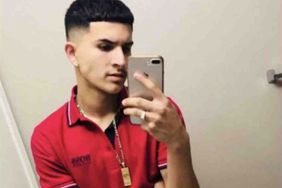 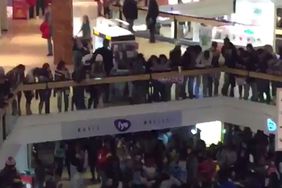 Fights Reported at Malls Nationwide the Day After Christmas: 'Never Seen That Many People Inside Brawling' 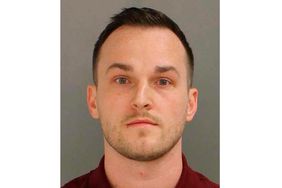 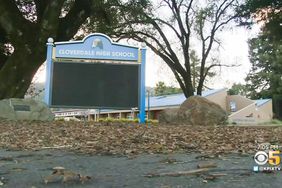