Some of the siblings who were found in a California house of horrors where they’d allegedly been abused by their parents have since had to be taught how to brush their teeth, one local leader familiar with the case tells PEOPLE.

“I don’t think the kids even knew what a toothbrush was,” says Bobby Spiegel, president and CEO of the Corona Chamber of Commerce. “My understanding is the nurses had to teach the kids how to brush their teeth.”

Referring to David and Louise Turpin, the parents arrested in the child abuse investigation in Perris, Spiegel tells PEOPLE: “I can’t understand how the people that provided birth for them, how can they do that to another human being. It is just horrific.”

Prosecutors have previously said the 13 Turpin children, ages 2 to 29, were apparently cut off from the outside world.

Since the news broke early last week about the investigation, Spiegel says he and the chamber have been collecting donations to provide whatever is necessary for the Turpin siblings.

The response from people wanting to give, both locally and internationally, is striking, he says. The chamber has received $70,000 so far in monetary donations.

• For more on the backgrounds of David and Louise Turpin and what’s next for their children, subscribe now to PEOPLE or pick up this week’s issue, on newsstands Friday.

“One of the things the hospital has noted to us is they would like to have the kids get something like an iPad,” Spiegel says. So he took that request to his Rotary Club and “in a matter of one minute, 13 people stood up and said they are buying the iPads and they are going to get them to us to get them out to the kids.”

He says he was even approached last Thursday by a homeless man who pulled out $2.38 from his pocket to give to the kids.

“He [said], ‘I want to give this to the kids,’ and I said, ‘No, you need that,’ ” Spiegel recalls. “He said, ‘I want those kids to know people all over the world are praying for them.’ I don’t think he has a home. He was barefoot. It was very touching.”

According to Spiegel, dentists have also come forward offering free dental care “for the rest of the Turpin’s children’s life.”

As of last Thursday, the Riverside University Health System Medical Center has also collected over $184,000 in monetary donations to benefit the siblings.

“We have got calls from all over the world — generous people wanting to show their love for support,” spokeswoman Kim Trone tells PEOPLE.

The donations have been as high as $10,000, with the average around $80. Offers of adoption have also come in.

“All the agencies are getting calls from families who want to open their homes to adoption and that kind of support,” Trone says.

The city of Perris also set up an online fundraiser to assist the children in their recovery and so far has raised more $25,000.

David and Louise Turpin are each charged with 12 counts of torture, seven counts of abuse of a dependent adult, six counts of child abuse or neglect and 12 counts of false imprisonment.

David is also charged with one count of lewd act on a child under the age of 14 by force, fear, or duress.

Both of the Turpin parents pleaded not guilty to the charges and their attorneys have noted they are presumed innocent. If convicted, each faces up to 94 years to life in prison.

David and Louise were arrested early last week after their 17-year-old daughter — who authorities believe had been planning for two years to escape with her siblings from their alleged captivity — climbed through one of the windows of their home before sunrise on Jan. 14 and called 911.

Authorities said the Turpin children were found living in squalor in their family’s home, allegedly deprived of food and left to lay in their own waste while shackled and being strangled and beaten. Only the youngest child, it seems, was somewhat spared.

The children were allowed to shower no more than once a year and were punished for washing their hands above the wrists, prosecutors said.

“The victimization of these children seemed to intensify over time,” said Hestrin, the Riverside district attorney.

On Wednesday, David and Louise were barred from having any “written or electronic contact” with their children for the next three years.

Meanwhile, authorities say that the kids are opening up, if incrementally.

“Victims in these kinds of cases, they tell their story, but they tell it slowly. They tell it at their own pace,” Hestrin told the Associated Press on Wednesday. “It will come out when it comes out.”

So far, according to the AP, investigators have learned the kids allegedly did not have access to a television or radio and were kept in small groups in different locked rooms around their house.

Spiegel tells PEOPLE he and his organization will keep moving forward to help the Turpin children.

“I would love to be able to give them as much of an upper hand, because the first part of their lives the deck of cards they were dealt were pretty cruddy,” he says.

David and Louise are next scheduled to appear in court on Feb. 23. 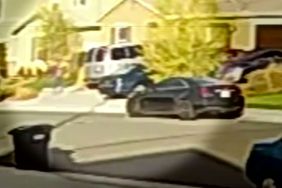