Heather Freeman, 27, was sentenced to 25 years after her baby was found face down in a bucket of dirty mop water and later died

The mother of an Oklahoma baby who died after being found facedown in a bucket of dirty mop water has been sentenced to 25 years, PEOPLE confirms.

On Monday Heather Freeman, 27, pleaded guilty to child neglect following the March death of her son, 9-month-old Jaxon Annuschat, according to court records obtained by PEOPLE.

She will serve the first 15 years in the custody of the Department of Corrections with credit for time served, followed by 10 years of probation, the records state.

Freeman told police that on March 6, after laying the baby on a bed, he rolled off into a mop bucket while she was taking a nap, according to the police affidavit obtained by PEOPLE.

The baby suffered extensive brain injuries and died after being taken to the hospital, said police.

Freeman tested positive for methamphetamine and amphetamines, according to the affidavit.

The baby also had methamphetamine in his system when he died, authorities say.

On July 5, prosecutors charged Freeman with child neglect in connection to his death, according to court records. She was arrested on July 21 and had been jailed since her arrest.

The state Department of Human Services took custody of Freeman’s other three children during the investigation.

The baby drowned, according to the Medical Examiner’s report.

But the manner of death is undetermined, since “multiple varied explanations have been presented by Mr. Annuschat’s caregiver for how the infant ended up in a prone position in a mop bucket that contained water,” the report says.

For instance, Freeman admitted to a therapist shortly after the baby’s death that “the baby was crying so they drowned the baby intentionally,” according to the police affidavit.

The medical examiner also found that the baby had a small contusion and abrasion on his right forehead and a bruise on the back of the neck, according to the report.

Assistant District Attorney Andrea Brown, says in a statement issued to PEOPLE that Freeman repeatedly claimed to law enforcement that this was an accident. “This was no accident,” says Brown. “Jaxon did not fall into a mop bucket with 3 inches of water and drown. He was soaked from head to toe as if he’d been submerged in a pool of water.”

Freeman told hospital staff she was using meth the night before, says Brown. “She said the baby was crying so they drowned the baby. That certainly comports with the evidence. Jaxon’s death was tragic and avoidable. But any time a defendant pleads guilty and acknowledges their criminal wrongdoing, it brings a measure of closure to all those affected by the tragedy.”

Detective Matt Arnold of the Tulsa Police Department added: “It’s not uncommon to see warning labels advising children can drown in buckets of water,” he said in a statement. “What was unusual about this case is Jaxon couldn’t walk yet, there were only three inches of water in the bucket and the EMS personnel described Jaxon and his clothing as so wet it was as if he had just been submerged in a bathtub.

“That on top of the condition of the home, statements by neighbors that Freeman repeatedly left her small children alone, Freeman’s reported drug use, and the fact Jaxon tested positive for methamphetamine after his death made this case especially troubling.”

Calls for comment to Freeman’s public defender were not immediately returned. 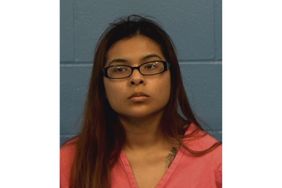 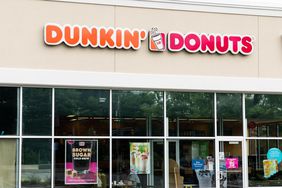 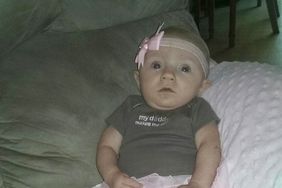