Miles, who won a Tony for her role in the 2015 revival of The King and I, was identified as one of the Brooklyn crash's non-fatal victims; her toddler died

Two children — including the daughter of a pregnant Tony-winning Broadway star — were hit and killed on Monday in New York City by a vehicle that was allegedly running a red light, an N.Y.C. Police Department source tells PEOPLE.

New York police Lt. John Grimpel confirms to PEOPLE in an email that the Brooklyn crash occurred on Monday around 12:40 p.m., when a 44-year-old female allegedly “failed to maintain control of the vehicle and struck the pedestrians.”

Ruthie Ann Miles, who won a Tony Award for best featured actress in a musical for her role in the 2015 revival of The King and I, has been identified by friends on a GoFundMe page as one of three non-fatal victims of the collision. According to the page, Miles is pregnant.

The NYPD source tells PEOPLE that after allegedly running the red light, the driver continued down the street until crashing into some parked cars.

The 1-year-old’s stroller was dragged halfway down the street with the 1-year-old in it, according to the source.

Although police said the adult victims were in “stable condition,” the GoFundMe page set up to help Miles initially stated that the 34-year-old star “is injured and in critical condition.”

However, an update posted to the GoFundMe later Tuesday said that Miles was “no longer in critical condition” and was “on the road to physical recovery. Also, thankfully, her unborn child is unharmed.”

The driver is allegedly claiming she had a seizure, says the source.

The driver in the fatal crash has a history of traffic stops, an NYPD source says: She was ticketed for allegedly driving through red lights four times within the last two years and, during that same time period, was also cited four times for allegedly speeding through a school zone.

The disposition of those citations and tickets was not immediately clear on Tuesday.

The driver was brought to NYU Langone Hospital in stable condition, according to police. There have been no arrests and the investigation remains ongoing, police said.

The Broadway community, including Lin-Manuel Miranda and Audra McDonald, shared their condolences on Twitter for Miles and also for the family of Joshua Lew.

“Heartsick for Ruthie and her family,” wrote the Hamilton creator in one tweet. In another tweet, he linked to the GoFundMe of Lew and wrote, “Unimaginable,” encouraging people to help the boy’s devastated family.

Kristin Chenoweth added, “sending love to you and your family there are no words. Except you are loved.”

“Ruthie is so loved by so many people in this community. No one has the words to express how devastating this is,” a source close to Miles tells PEOPLE. “Everyone in this community will do as much as we can. The only thing we can do is just raise more and more money right now. But we will be there for her.”

The source says Miles, who married Jonathan Blumenstein in 2011, was especially close to her young daughter: “Abigail was her life. Abigail was her soul.”

A second source echoed that, saying, “The two had a very tight bond. They were inseparable. What she must be going through just rips us all apart.”

“She was the loveliest, happiest and also the most perfect little mix of Ruthie and Jonathan,” the first source says of Abigail. “She was smart [and] cheerfully curious about everything. I don’t think I ever saw her without a smile on her face.”

“It’s really, really sad what happened today,” New York City Mayor Bill de Blasio said, according to CBS New York. “This loss of life is tragic and painful for all of us, particularly all of us who are parents.” 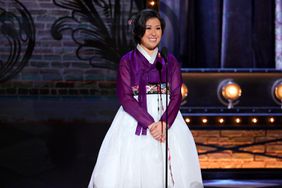 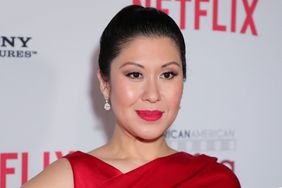 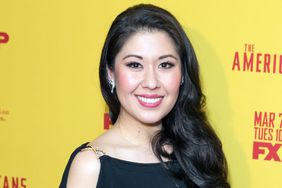 Broadway's Ruthie Ann Miles 'Is Turning to Her Faith' to Heal After Daughter, 4, Dies 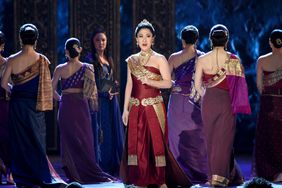