The 9-part series The Vow focuses on the people swept up in the web of abuse by Keith Raniere, Allison Mack and others

The new docuseries The Vow (premiering Sunday on HBO) explores the intricate web of abuses behind NXIVM — a purported self-help organization that prosecutors said was actually a sex cult operating for more than 20 years in upstate New York.

Focusing partly on Sarah Edmonson, a high-ranking former NXIVM leader based in Vancouver; and Mark Vicente, Edmonson’s ex-business partner, the series takes a deep dive into the inner workings of the multi-level marketing-style organization founded by self-described “visionary” Keith Raniere (known as “Vanguard” to his legions of devoted followers) in 1998.

Drawing on recordings, interviews, primary source footage and more, The Vow traces the evolution of the group, showing how Raniere’s “leadership” escalated, over time, into the launch of a frightening secret subgroup called DOS.

It’s DOS that attracted the bulk of the group's public notoriety after former member Edmonson spoke out to the New York Times in October 2017 with accusations of DOS members being forcibly branded with Raniere's initials, turned into sex slaves and more.

Perched at the helm of NXIVM's pyramid-like organization, Raniere allegedly required DOS members to provide “collateral” — such as nude pictures or incriminating, sometimes-faked, emails — as a form of blackmail upon entrance, in the hopes of preventing the women from leaving the group or revealing “Vanguard’s” secrets.

He also organized DOS members into “master/slave” arrangements in which certain women -- like Mack, who was recruited into NXIVM in 2010 -- would become “masters” of their new recruits, forcing them to do menial tasks and bizarre drills, as well as allegedly pimping them out to Raniere for sex, sometimes against their will.

At the time of Raniere's conviction, CNN reports that US attorney Richard Donoghue said, “Raniere, who portrayed himself as a savant and a genius, was in fact a massive manipulator, a con man, and the crime boss of a cult-like organization involved in sex trafficking, child pornography, extortion, compelled abortions, branding, degradation and humiliation.”

The Vow premieres on HBO Sunday at 10 p.m. 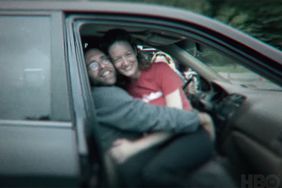 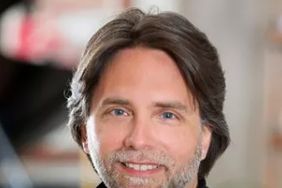