A Humble, Texas, woman has been charged with child endangerment and assault after she allegedly sent videos and pictures of her abusing her 1-year-old son

A Humble, Texas, woman has been charged with child endangerment and aggravated assault with a deadly weapon after she allegedly sent videos and pictures of her abusing 1-year-old son to the boy’s father, PEOPLE confirms.

Janelle Peterkin, 23, is accused of stuffing a plastic bag in her son’s mouth and covering his head with the plastic bag and then tying it in a knot, according to court documents obtained by PEOPLE, which claim the abuse took place on March 13 as she sat in her car with the child.

Peterkin also allegedly burned the boy with a lit cigarette while she filmed him.

Investigators later viewed photos and videos of the alleged abuse, according to court documents obtained by KPRC-TV. The Harris County, Texas, Sheriff’s Office said that Peterkin admitted to sending the footage — as an act of spite to show her ex-boyfriend that he did not care enough about their baby.

An order of protection was issued Monday mandating she not be within 200 feet of the child, who is now living with her mother.

Peterkin was released on $15,000 bond. Her next court appearance is May 15. She has not entered a plea to her three charges and has not retained an attorney, according to the Harris County District Attorney’s Office. She is presumed to be pleading not guilty, prosecutors said.

PEOPLE’s efforts to reach her Tuesday were unsuccessful.

The boy’s aunt, who is the sister of Peterkin’s ex-boyfriend, says she was the one who alerted police about the alleged abuse.

Ra’Neicha Broadnax tells PEOPLE her brother, the boy’s father, was blocking Peterkin’s number. However, his girlfriend got possession of his phone, saw the videos and pictures Peterkin allegedly sent and called Broadnax immediately.

“I pressed play, and it played for three seconds before I hung up the phone on her and called the police,” Broadnax says. The footage was sent on April 13, she claims.

Broadnax says authorities didn’t believe her at first, so she posted the videos on Facebook to get their attention.

“People were telling me I am lying and crazy and trying to cause drama,” she says. “I got a phone call and my family said to take it down. I said, ‘I am not taking it down until the police call me.’ ”

“I watched three videos, and in one video she spit in his face twice,” she alleges. “She put a cigarette lighter to his hand and he was screaming. She said, ‘Blame your daddy and his new girlfriend.’ ”

“Some of the videos he was just crying,” she says. “He is screaming at the top of his lungs.”

Broadnax says she is still in shock.

“I would have never questioned her [Peterkin’s] parenting,” she tells PEOPLE. “She posts about [her son] every day. We thought everything was good, and then we found out this was going on. She told me it was a one-time thing.” 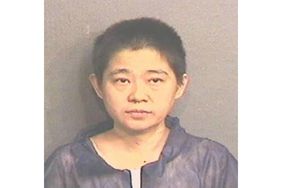 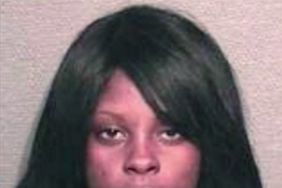