Texas Man Says 'Sorry,' Then Shoots Family Dog in Face in Front of Children, 5 and 7

The shooter remains at large, but will face animal cruelty charges once he's apprehended

A Texas mother says her son and nephew watched in horror last week as a man approached her dog and shot the animal in the face before fleeing on foot.

PEOPLE confirms with the Dallas Police Department that they are asking for the public’s help in identifying the man, who walked up to the 5- and 7-year-old children on March 7 as they were taking out the trash.

Wearing a black hooded sweatshirt and backpack, the man muttered a “Sorry” before drawing a gun and shooting the dog, a 9-month-old Labrador Retriever mix named Nolan.

The shooter, an African American male, quickly ran away as did the dog — sprinting back into owner Genola Vance’s home.

“He ran by me into the house and there was blood everywhere,” Vance told WFAA.

She said the boys were right behind the dog, screaming “someone shot Nolan!”

According to Vance, “they said [the shooter] just looked at them, said ‘sorry,’ and then shot” the dog.

Police confirm that neither the boys nor the dog did anything to provoke the shooter.

The shooter remains at large, but will face animal cruelty charges once he’s apprehended.

Vance said Nolan underwent emergency surgery at VCA Metroplex Animal Hospital, after the bullet passed through the front of his mouth and exited his jaw, breaking it.

Veterinarians were able to place an external fixator on Nolan’s jaw, WFAA reports, and they expect him to fully recover. A local chapter of the SPCA paid for his $7,000 surgery.

The dog is home, back with his loving family.

“We chose Nolan out of every dog at the shelter,” Vance said. “He’s like my son. I love my kids and I love him the same.”

Vance said she believes the dog followed her son outside for a reason.

“I think if Nolan wouldn’t have run outside, maybe this man would have shot one of the kids,” Vance said. “He took a bullet for my family.”

Police ask that anyone with any information on the suspect call Crime Stoppers at 877-373-8477 or Detective Tame with the department’s Animal Cruelty Unit at 214-671-0115. 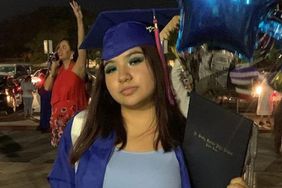 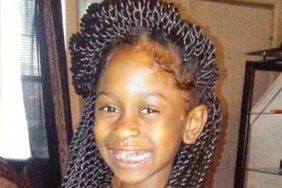 Tx. Girl, 9, Sitting on Couch After Getting Nails Done Is Killed When Gunman Targets Wrong Home 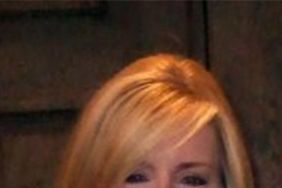 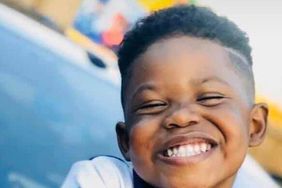 Texas Boy, 5, Was Playing with Dad on Balcony When Stray Bullet Struck and Killed Him 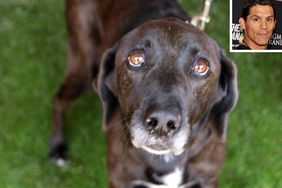 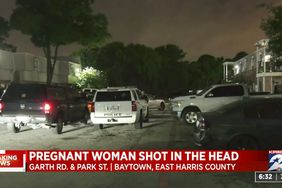